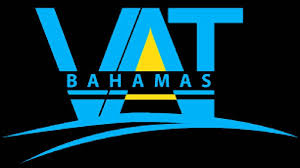 Much of the Bahamas news in 2014 was driven by social media with hyped up and emotive presentation. On the governance front, there were a myriad of national issues that the Bahamas government tackled both legislatively and executively. Described by the government as doing the “heavy lifting,” Prime Minister the Rt. Hon. Perry G. Christie characterized the 2014 legislative agenda as arguably the most “reform driven” in recent history. This sentiment was also expressed by the Minister for National Security and leader of government business in the House, the Hon. Bernard J. Nottage. As the country continued to emerge from the protracted global recession and faced the inevitability of change, some very important and transformative decisions were made to facilitate the country’s transition through these changes that are a necessary part of growth and national development. Some decisions of governance, though necessary, were tough and unpopular but governance is not a popularity contest.

In 2014 The Bahamas Parliament passed tax reform with the passage of Value Added Tax (VAT) with a targeted 1st Jan 2015 implementation date; four constitutional amendment Bills centering around the theme of equality were tabled; the House passed the Persons with Disabilities (Equal Opportunities) Bill; the House also passed the historic Gaming Bill with modernized the laws and regulations governing land based casino operations, placing land based casinos in The Bahamas on par with top casino operations in the world such as Macau and Las Vegas. Also, the Gaming Bill legalized web shop gaming for Bahamians for the first time in this country’s history. FATCA came into effect; the condominium bill was passed; the Environment Minister tabled the Petroleum Act and attendant regulations as our first step toward energy sector reform; both House chambers passed historic Stem Cell legislation and implemented a new Immigration Policy. The Bahamas government also implemented prison reform and established the Foreign Service both with Acts of parliament while the Prime Minister appointed and chaired a national taskforce that educated and prepared the country for the newest global health threat to confront us in 2014, the Ebola Virus Disease (EVD).

The Ministry of Tourism celebrated its golden anniversary as a government ministry, an upgrade from the Tourism Promotion Board until 1964. Coincidentally, the country recorded its highest tourist arrival numbers in history, beating out 2013 arrivals of 6.2 million visitors. Leading the way in the resurgence of tourism was romance, religious and sports tourism. The Bahamas hosted the IAAF World Relays, the Popeye’s Bahamas Bowl, co-branded with NBA and NFL teams and launched the 16 weddings promotions to showcase the unique visitor experiences on 16 different islands. New airlift gateways from several Canadian and US cities in addition to the opening of new tourism field offices in the northeastern US seaboard, the Midwest and the west coast increased airlifts to islands such as San Salvador, Exuma, Elauthera, Bimini and Grand Bahama. Resort World Bimini with its casino and fast ferry service literally transformed the economic landscape of Bimini in 2014.

During this year of culture, The Bahamas beat a world record for most conch shells blown at one time at our 41st independence celebrations at historic Clifford Park. The Bahamas government announced and began preparations for Junkanoo Carnival 2015 and named 41 Cultural Warriors during 2014.

The Bahamas Agriculture and Marine Resources Institute, or BAMSI, was established, received its first enrollment of students and reaped its first harvest of fruits from its commercial farm in 2014. BAMSI is a major policy thrust of the government to address the high food import bill that is in excess of one billion American dollars annually. The Prime Minister in his groundbreaking address cited the preparation of some 70,000 meals daily for the indigent as another compelling reason for government intervention to facilitate a paradigm shift in the access of affordable healthy food and bolstering the country’s level of food security.

The more than $120 million National Civil Aviation structural framework in The Bahamas made significant strides in 2014. The consultancies to determine the model options for the restructure of Civil Aviation Regulatory Oversight and Function and the provision of comprehensive, empirical data to effect evidence-based, decision-making were in the advanced stages. Additionally, enabling oversight legislation was passed in Parliament and a nationwide audit of all 28 government-owned airports was completed. The government also broke ground on a brand new multi-million dollar Radar tower that will usher in a new era in air space management, air traffic control and training in The Bahamas. By the end of 2014, this radar system was more than 85% complete.

The Bahamas, however, was not immune from and faced its share of challenges in 2014. The Prime Minister dismissed the Parliamentary Secretary in the Ministry of Works and Urban Development and the Minister of Financial Services resigned from the cabinet for personal reasons. It was the year Canine Distemper hit Nassau and Bahamian Rock Iguanas were smuggled out of the country from San Salvador. There was the National Security Agency (NSA) spying story where it was alleged that the NSA officials eavesdropped on the cell phone conversations of Bahamians. Also, the Bahamas government came to the aid of the ailing Bank of The Bahamas in a $100 million government bailout. The government continued to tackle the serious scourge of crime with 122 murders recorded in 2014. A compendium of crime bills, intensified saturation patrols in criminal hot spots, increased resources for the police, additional courts and an amendment to the Jury Act were some of the measures taken by the government to fight this scourge. To fight illegal poaching, illegal migration and human smuggling and other transnational crimes committed on the high seas, the $232 million asset acquisition called the “Sandy Bottom Project” materialized in 2014 with three of the nine defence force vessels turned over the Royal Bahamas Defence Force.

On the 22nd of December 2014, a US federal court fined French energy giant Alstom more than $772 million for its involvement in an elaborate bribery scheme involving officials in the United States, Saudi Arabia, Egypt and The Bahamas. Court documents revealed that a government official received some $300,000 in exchange for a contract to supply the Bahamas Electricity Corporation (BEC) with slow speed diesel engines.

Related Topics:bahamaselcott coleby
Up Next

GOVT DOES NOT BACK BAIL OUT