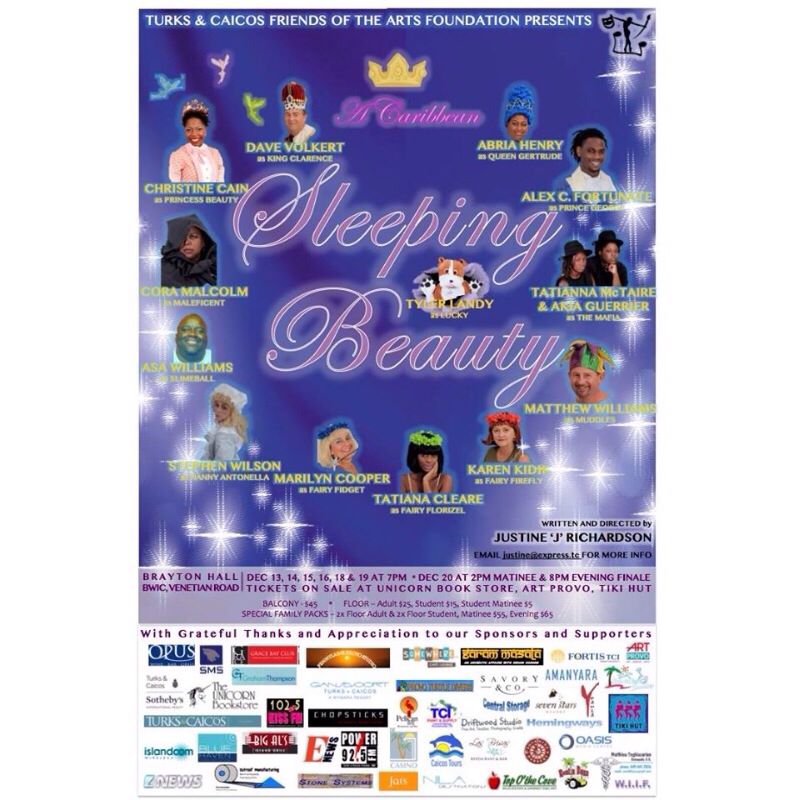 Providenciales, 22 Dec 2014 – Following the outstanding reviews of this holiday season’s production by the Turks and Caicos Friends of the Arts, somebody is going to make sure the desire for dramatic dance can be fulfilled on the local scene. On Monday, it was revealed that Niki Flowers who choreographed the recent production of “A Caribbean Sleeping Beauty” is launching a Performing Arts School in the New Year.

Comments in a press release say: “The School doesn’t want to duplicate or compete with anything that is currently offered on the island, but wishes to add to the arts programs available to young people.” Niki, who has wanted to establish this school since she arrived in Provo eight years ago, has trained at a number of prestigious theatre schools in London before graduating from the London Contemporary Dance School with a Bachelor of Arts in Dance with First Class Honours. Flowers had performed, choreographed and taught professionally in England before moving to Provo as a Dive Instructor.