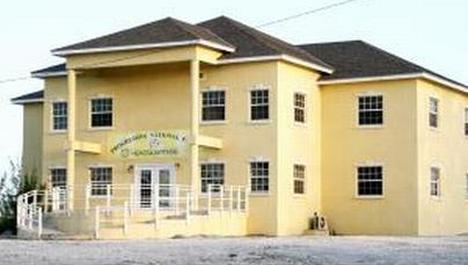 Providenciales, 03 Dec 2014 – A run down, sorry looking building is what the former Progressive National Party headquarters is turning into… meanwhile, the Post Office still has no permanent home and the Member for Grand Turk, Edwin Astwood is calling the whole mess, suspicious.

Magnetic Media enquired at the use of the building, which caused quite a big stir nationally when it was taken from the governing PNP Party just a few months after taking office in a meeting where they were not invited. It was among the reasons the PNP Administration had called for the resignation of former AG Hew Shepherd. Eventually shepherd resigned and sued the government and still, it appears no one can say what amount of payment was reached in a settlement to the ex-Attorney General. The PDM said their inquiries about the sum have also netted nothing. Meanwhile the PNP’s former Progress House is becoming an eyesore on Airport Road in Provo.