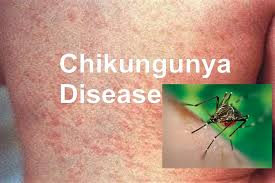 KINGSTON, Nov. 26 (JIS): Fifty projects have been approved since the October commencement of the Government’s national campaign to reduce the spread of the Chikungunya virus
(Chick-V), across the island.

The Approvals Sub-committee under the programme has approved 39 projects for Members of Parliament (MPs) and 11 for Parish Councils.

This was disclosed at a Jamaica House Press Briefing today (November 26), at which an update was provided on the $500 million national health emergency vector control clean-up campaign.

The project activities involve an islandwide clean-up of communities and an integrated vector control programme, specifically geared at reducing the breeding sites of the Aedes aegypti mosquito, which transmits Chik-V.

Minister with responsibility for Information, Senator the Hon. Sandrea Falconer,
informed that Parish Councils and MPs have been active in their communities, leading the effort.
“Jamaicans too are heeding the call to take personal responsibility for removing containers, and clearing areas in which water settles, and where mosquitoes can lay eggs and multiply,” she said.

The Minister further informed that $350 million of the money allocated for the programme has been set aside for the national clean-up effort.

“The remaining $150 million is being utilised by the Ministry of Health for Chick-V and Ebola preparation and related expenses,” Senator Falconer added.

Under the national campaign, $2 million is available for each MP and $5 million for each Parish Council to carry out projects.

Logistics Coordinator for the campaign, Colonel Daniel Pryce, explained that disbursement of funds is dependent on approval of a detailed work plan that is required to be submitted by the MPs and local authorities.
He noted that the work plan would entail the proposed budget, as well as how the funds will be allocated.
“It should also state the location of the area to be cleaned and each plan should specify the implementing agency,” he said. The money would then be disbursed to the implementing agency identified.

In the meantime, Colonel Pryce said a number of communities in western Jamaica, the Kingston and Metropolitan region, as well as 27 communities in Portmore,
St. Catherine, have been cleaned.

He commended the various local authorities, specifically the Mayors of Falmouth, Trelawny; Montego Bay, St. James and the acting Mayor of Portmore for their efforts in ensuring that the projects were carried out smoothly.
The national health emergency vector control clean-up campaign is being spearheaded by a team involving: the Ministry of Health; the Office of Disaster Preparedness and Emergency Management; the Jamaica Defence Force (JDF); the Jamaica Emergency Employment Programme (JEEP) Secretariat; and the Ministry of Finance and Planning, under the Chairmanship of Senator Falconer.