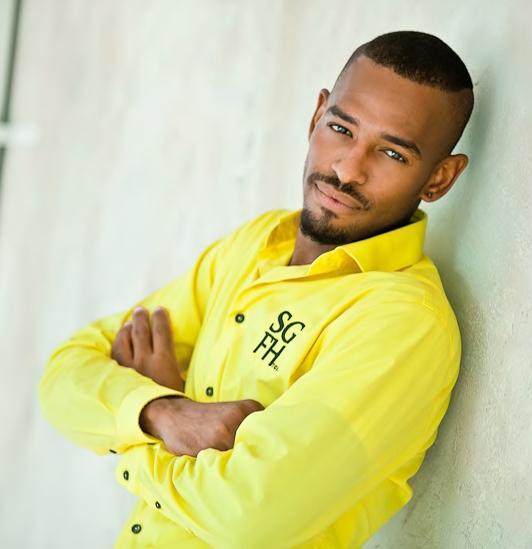 Highly anticipated, Islands of the World Fashion Showcase 2014 will be held November 7th and 8th and will feature fashion designers from Bermuda, Cuba, Jamaica, Nigeria, Turks and Caicos, The Bahamas and the United States of America presenting an array of haute couture, prêt a porter, resort wear and swimwear collections at Fort Charlotte, that will be transformed into a Fashion Pavilion set to rival major runways around the world.

“It is a pleasure to have Kazz Forbes representing Saint George Fashion House join us for this edition of Islands of the World Fashion Showcase. I have had the privilege of seeing Kazz make his debut into the fashion world several years ago in New York and I have observed his growth and that of Saint George Fashion House since then. He has made significant strides and it is hoped that his presentation at this event will catapult him even further. Could we possibly see the next Oscar de la Renta emerge from the soil of the Turks and Caicos?” said event producer Owen Bethel.

Since 2008, Islands of the World Fashion Showcase has held to the platform it was charged by the United Nations Educational, Scientific and Cultural Organization (UNESCO) for its promotion of cultural diversity, and as a means to bring value-added levels of production to the fledgling fashion industries in developing nations, particularly more vulnerable small island developing states.

The intent of Islands of the World Fashion Show is to draw attention via international media and trade exposure to the skills and creativity across the spectrum of the fashion industry in the islands. To date in excess of 130 designer showcases representing 20 countries have presented their creations on the catwalks of Islands of the World Fashion Showcase.

Closing out the event is what promises to be another unique experience. “Arte y Moda”, which translates to “Art and Fashion”, is a 26-piece collaborative collection hailing from Cuba. Attendees will experience a spectacle of fusion of art, fashion and music created by seven Cuban designers.