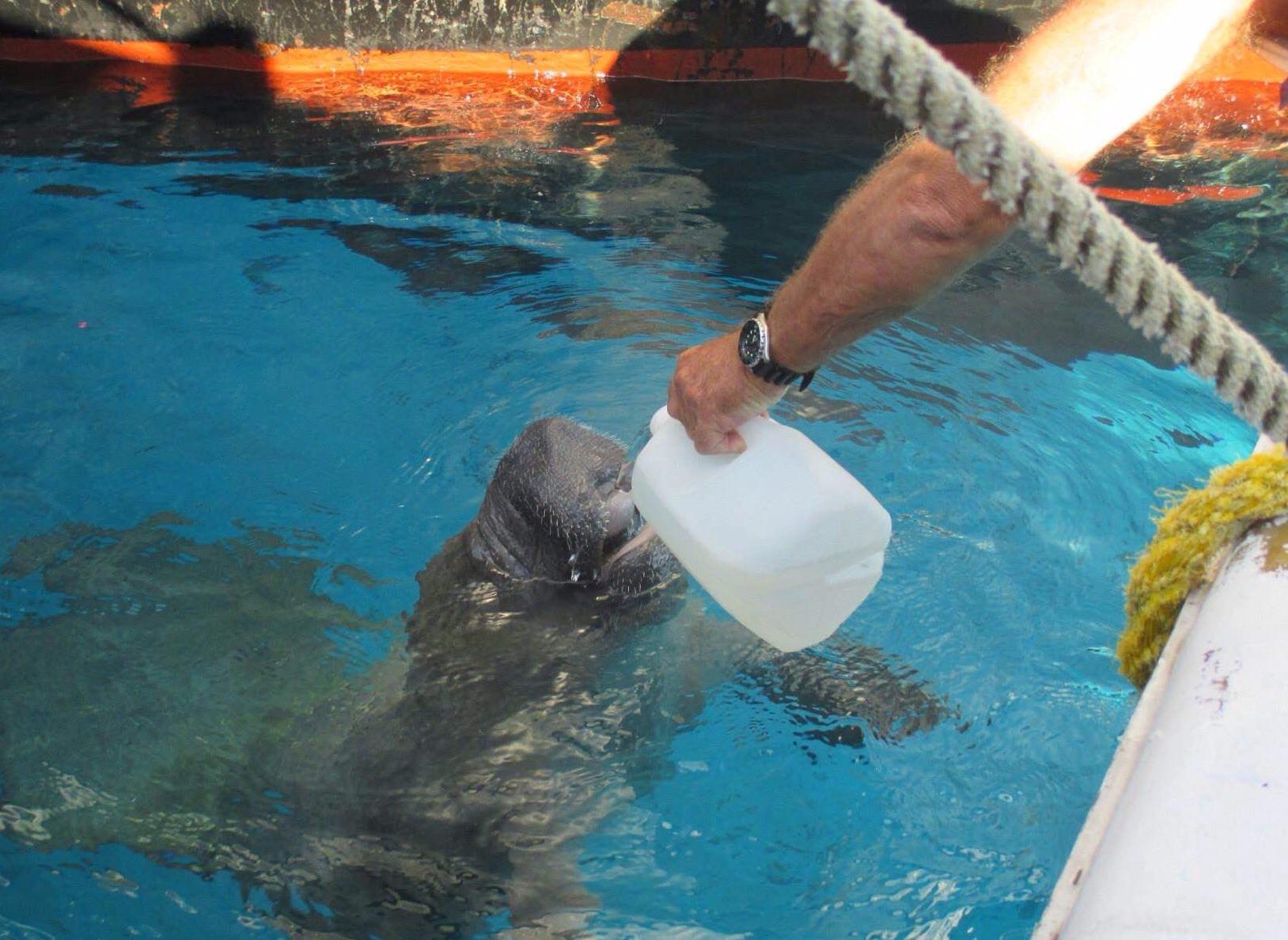 Grand Turk, 17 Nov 2014 – An autopsy is being demanded on the now dead manatee which days ago paid a surprise visit to the capital Grand Turk and had been taken into the care of Katherine Hart and the Department of Environment Maritime Affairs. The manatee on Wednesday morning died, and it is causing outrage in some quarters that the sea mammal was fed lettuce and given gallons of fresh water to drink. Government issued a release to explain that it believed the male juvenile manatee got off its usual course due to the stormy weather and on November 5 and ended up in Grand Turk.

The manatee was spotted by workers at the Carnival Cruise center. It was explained that manatees need fresh water to survive, though they also live in sea water. The plan had been to invest $2,000 to fly the manatee to Puerto Rico where a proper rehabilitation facility would have nursed the juvy back to health. But one opinion posted at Speak Your Mind TCI expresses that those who were caring for the manatee may have been out of their depth, I quote now: It appears there may have been lack of qualification and competency to carry out the exercise and, there should be question in the effectiveness and the management thereof. That matter should have required professional health personnel.”

Another opinion came in a letter to media, Devon Williams former radio station owner, has written to Greenpeace, summoning the global organization known for its sometimes radically resolute stances on nature and the environment; he wants them involved. Williams sarcastically points out: A mammoth sized rescue was performed, the sea was not safe for the sea creature, he would be much better off in a backyard pool and so he was taken thereto.” Williams added that a map of the territory of the West Indian Sea Cow shows the TCI is a part of the mammal’s home territory and that he believes the juvenile was too young to digest so much lettuce and stand the change in water temperature.

Our research shows that Manatees are indeed believed to be able to go as long as a week without fresh water, but that fresh water is a part of their diet….and several sites show manatees enjoying eating lettuce, saying younger manatees love it. There had been a drive to raise that $2,000 with the help of the TCI Reef Foundation. No word on whether an autopsy is indeed planned to determine the cause of death for the animal.