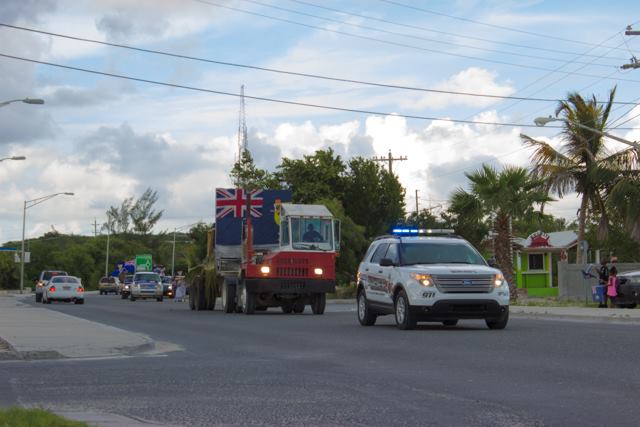 Providenciales, 14 Oct 2014 – Not a great turn out for the motorcade in Providenciales… but great fun as Blue Hills gets two thumbs up in reaction gauged by Magnetic Media. Residents enjoyed seeing an old boat being towed in the motorcade which started from three different points in Provo, ending at the Down Town Ball park where there were softball games.

In South Caicos, high marks for its motorcade which drew lots of residents and started precisely at 3pm according to the District Commissioner… in Grand Turk, the motorcade had okay turn out and climaxed with cricket and softball. While the softball game between the churches was cut short due to a power failure caused by a traffic accident… the two ten over cricket matches brought out veteran cricket players Roy Adams and Peter Quelch.