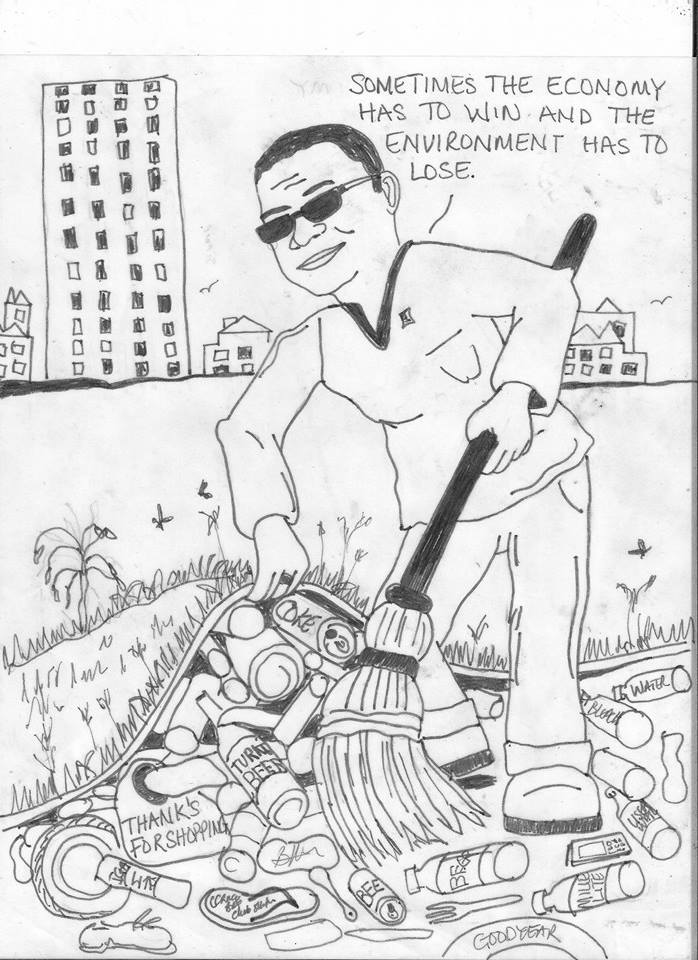 Providenciales, 04 Oct 2014 – The increased need for spraying in Provo, North and Middle Caicos due to the flood waters of TS Cristobal had left Environmental Health with no mosquito fogging chemicals. Premier Dr. Rufus Ewing calling the predicament unfortunate in that Friday Press Conference and explaining that government has turned to local companies for resources.

TCIG unable to even purchase what is needed as the regional demand for mosquito fogging chemicals has reportedly created a shortage. Minister of Health Portia Smith had told media supplies were low and that the weekend would bring some replenishment. Fogging for mosquitoes was to resume over the weekend. Mosquitoes are the carriers of both Dengue Fever and Chikungunya Virus.

The Premier added that residents must be responsible also… he has warned that we can expect stronger enforcement of environmental health laws; this includes people with the nasty habit of indiscriminate dumping. This week’s political cartoon by Benneth Williams in the TC Weekly News points to government sweeping the matter of litter under the rug or grass as is depicted.