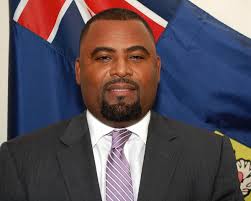 Providenciales, 14 Oct 2014 – There could be local government elections coming for the family islands of the Turks and Caicos in the next fiscal year… explained by one of the ministers responsible for the implementation of this constitutional requirement.

Hon Don Hue Gardiner said there is much to be considered including whether the local government reps will be elected… how they can elected and how much money should be budgeted for them to run the islands’ affairs, themselves.

Also speaking to the issue, which has seen a back and forth between the PNP Administration and the PDM Official Opposition was Home Affairs Minister, Amanda Missick who said this financial year could not bear the implementation of the concept. Cabinet has sanctioned a working group to do the leg work ahead of a start next year to local government.