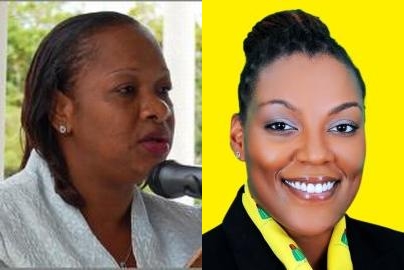 Providenciales, 04 Oct 2014 – Deputy Premier, Akierra Missick last week disputed criticisms leveled at her colleagues and the PNP Administration by the official opposition party. Calling the PDM insincere and callous for its remarks regarding local government and when and how it would be formed; denying that government is flip flopping on the issue.

The country’s DP who is a part of the consultative team for constitutional reform said it was a low and unnecessary jab for something that is mandated to happen because of the constitution… “It therefore baffles me why the Leader of the Opposition would degrade this process, which is of national importance, by politicizing it and minimalizing it, and shadowing it with another foiled and failed farce of an attempt by the Leader of the Opposition to mislead the public.”

Stronger Local government was called for by Family Islanders who attended the constitutional review committee meetings and local government was last week discussed at Cabinet… During that session it was agreed for a working group to be established; it will be led by the Minister of Environment and Home Affairs, Amanda Missick and the Attorney General, Rhondalee Knowles. The pair is charged with considering proposals for the establishment of District Boards and local Government across the islands.