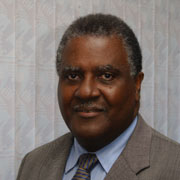 KINGSTON, Sept. 17 (Jamaica Information Service Press Release): Jamaica can expect a reduction of at least 30 per cent in fuel cost by 2018, resulting in savings on energy of US$350 million.

This is to be achieved through the implementation of several energy projects, which should begin from as early as 2015, and will include new baseload generating plants.

The Electricity Sector Enterprise Team (ESET) provided an update in its report on Jamaica’s baseload capacity, at a media briefing, held at the Office of the Prime Minister, today (September 17).

The entities include: the Jamaica Public Service (JPS), Jamalco and Alpart. He noted that several other entities have indicated their interest to supply feedstock and build power generation facilities, including renewable and fossil.

He noted that the JPS has proposed to convert, by 2015, the Bogue Power Station, Montego Bay, to burn gas; and replace the existing 292 megawatt HFoil power plants at Old Harbour and Hunts Bay with a 190 MW gas turbine plant, fuelled with liquid natural gas.

Dr. Lawrence said the proposals from Alpart include the development of a new gas facility in 2017. “We will also have to build all the transmission lines. A 138 kv interconnection line will have to be built in that area to tie in to the system,” he said.

By the following year, he said, it is expected that Jamalco will be on stream with their coal fired co-generation facility. “The plan is to bring coal from Colombia, which is low sulphur coal. The analysis shows that the emissions at the coal plant will be significantly less than the current emissions from the oil plant,” he said.

Dr. Lawrence pointed out that during the construction of these power plants, approximately 2,400 persons would be employed.
He said the benefits to be derived from the projects include significant improvement to the voltage stability, grid security, and lower technical losses.

“I think a lot of people in some areas may be quite happy about that, because some people aren’t experiencing the level of stability and grid security that they should be experiencing at this time,” he added.
The Chairman said the feedstocks of the new baseload power plants will result in lower plant stack emission levels, than the current high sulphur HFoil feedstock.

Dr. Lawrence noted that production cost at the alumina plants would be reduced which would make the plants more competitive in the global market, adding that people who work in the alumina industry would resume their jobs.

He said that ESET will now conduct further due diligence of the proposals to include: more analysis of the credibility of the fuel sources; financial proposals and development plans within the framework of the least cost expansion and integrated resource plans.

“We also plan to commission independent appraisals…to ensure that Jamaica receives value for the money, and we want support of our team in negotiations with the project sponsors, including JPS and the go-generational developers,” Dr. Lawrence said.

He pointed out that coordination will be done with the Office of the Utilities Regulation in engaging the prospective developers and JPS to formalise the terms of the generating licences and power purchase agreements.

The Chairman said the work of the team has been communicated to the Cabinet and the Leader of the Opposition.
The six-member team was established by Cabinet on June 2, 2014 and mandated to lead and manage several critical initiatives related to the replacement of baseload generating capacity and the review of sector related policy legislation.

The overall purpose of the team is to lead and manage a procurement process for the development of additional baseload generation capacity and related facilities in the short term, in order to significantly reduce the cost of electricity to consumers, while ensuring diversification in the fuel supply mix.

Jamaicans Urged To Designate Day To Clean Their Communities