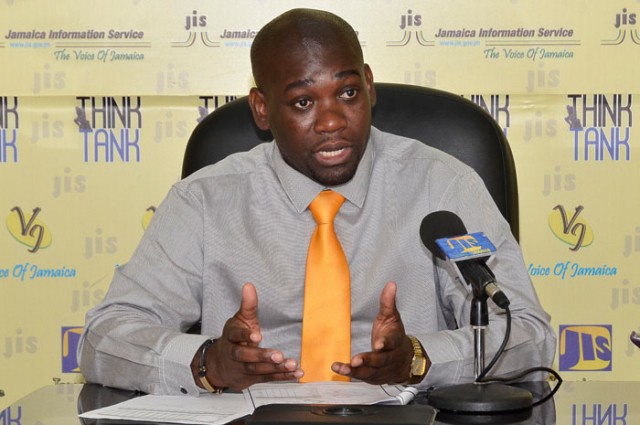 KINGSTON, Sept. 3 (JIS): The Office of the Children’s Registry (OCR) is reporting a decline of 19 per cent in the number of children reported missing for the period January to June 2014, when compared to the corresponding period in 2013.
This was disclosed by Registrar of the OCR, Greig Smith, during a press conference held at the Office of the Prime Minister, on September 3.
Mr. Smith noted that despite the decline, the OCR is mindful that there is still a lot of work to be done, to ensure that children remain in their homes and feel secure being there.
“The fact that fewer children are going missing means our messages are having an impact. However, we remain conscious of the fact that we must work assiduously to improve the rate of recovery of missing children,” he said.
Mr. Smith also informed that preliminary data indicate that 11,018 reports of child abuse were received by the OCR for the period January to December 2013, representing an increase of 26 per cent over the 2012 period.
“Of the reports received, 8,679 represented children who were being reported on for the first time. Of this amount, 57 per cent were girls, 41 per cent were boys, while the gender for the remaining 2 per cent was not specified,” he said.
He noted that neglect was the most common report received by the OCR throughout 2013, representing 48 per cent of all reports, and that the other categories which featured high were reports of children in need of care and protection and children who were sexually abused, which accounted for 39 and 30 per cent, respectively.
Mr. Smith said that with the exception of trafficking, which remained unchanged compared to 2012, increases were observed in all types of reports, ranging from 20 to 53 per cent.
“Reports of child labour (increasing by 53 per cent), led the increases in the types of reports received. There were 319 reports of child labour for 2013, compared to 209 reports recorded in 2012. Reports of children exhibiting behavioural problems and those in need of care and protection were featured in the top three percentage increase in the types of abuse reported over the period, registering increases of 44 per cent and 40 per cent, respectively,” he noted.
He also informed that reports on the other major types of abuse, such as physical, emotional and neglect saw an average increase of 22 per cent in 2013.
In terms of missing children, 984 children were reported missing for the period January to June 2014 (222 boys and 762 girls), and of this amount, 614 have since returned. However, two of the missing children were found dead and 368 are still missing.
Meanwhile, in order to improve the rate of recovery for missing children, the Office of the Children’s Registry initiated search and rescue training across the island on a phased basis, beginning with the parishes of St. Thomas, St. Catherine, St. Ann, Trelawny and St. James between April and July this year.
The participants trained included nurses, educators, ministers of religion, guidance counsellors, children’s officer, fire personnel, parish disaster coordinators, civil servants, probation officers, members of the judiciary as well as representatives from various non-governmental and community-based organisations.
Mr. Smith also informed that the OCR will be printing and distributing 3,000 copies of search and rescue protocol manuals, developed to provide guidance in finding missing children.
These manuals will be disseminated in schools, residential child care facilities, government ministries, departments and agencies, private sector companies, among others, and will also be available for download on our website at www.ocr.gov.jm, following a workshop that will be held to launch the document,” he said.
For her part, OCR Child Ambassador for Region Four (St. James), Suzanna Hyde, said that children have a critical role to play in the fight against child abuse and missing children.
She urged that children should refuse to divulge private information, such as home address and telephone numbers to others without their parents’ consent.
To make a report of a missing child, persons can call the OCR at
1-888-PROTECT (776-8328) or Police at 119.

Regional Procurement System To Be Established