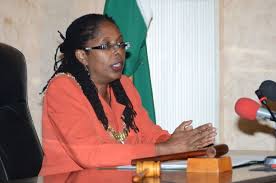 Addressing the monthly meeting of the Kingston and St. Andrew Corporation (KSAC) at her Church Street chambers, downtown Kingston on Tuesday (September 9), Senator Brown Burke attributed the development to the efforts of the property tax team in partnership with Tax Administration Jamaica (TAJ), to improve compliance.

She noted that the team has been engaged in a number of activities such as delivering reminder notices to property owners, making presentations at community meetings, and setting up special collection points in communities. “The efforts are paying off, and we are seeing the difference,” she stated.

Mayor Brown Burke noted that collections over the next several months will be critical in ensuring that the Council remains on target.

To this end, she said she has requested a list of the compliance rate per community, and will be contacting councillors and Members of Parliament as well as community-based organizations, to assist in ensuring that residents play their part.

Senator Brown Burke pointed out that the compliance rate, which ranges from two to 39 per cent, is still cause for concern. “This could not be called satisfactory in the broader scheme of things…having raised the bar to where we have raised it, we intend to push higher,” she stated.

At the last meeting of the Council, Mayor Brown Burke reported that the KSAC, in the first quarter of the fiscal year, met 52 per cent of its annual property tax collection target.

Property taxes are used to provide essential services required by citizens, such as: solid waste collection and disposal; paying for street lights; general civic improvement; maintenance of public parks and gardens; some aspects of the Local Authorities’ administration; and where possible, the rehabilitation of the parochial road network.