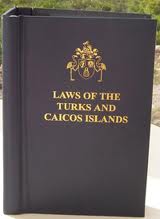 The online commentaries about the SIPT and the Turks and Caicos justice system are not kind… one headlined, wanted prosecutors and officers for extended vacation in the TCI.

Certainly, writers unleashing fury over what they deem is the snail’s pace of the Helen Garlick led investigation. Even giving Garlick’s email address as “Helen G living it up in the TCI @ gmail dot com”… Another saying the justice system is slack.

Now, president of the TCI Bar Council is responding to MM questions saying… any justice delayed is justice denied and that it is no secret that the public is frustrated with the sluggish pace of the proceedings, but George Missick also disagreed that the TCI courts are slack.

John Wildish, outspoken Jamaican businessman and TCI resident is ready to see more happen with the special investigations involving ex government ministers and relatives who are charged with varying degrees of corruption.

George Missick says the courts have never had to cope with such a complex set of cases, and cautioned bashing by the public and reminded that some delay in cases is often necessary to ensure that a person before the court gets a fair trial.

The bar president had very little to say on the Emerald Cay case and expressed that he believes the delay in the investigation must be placed at the feet of the former AG.