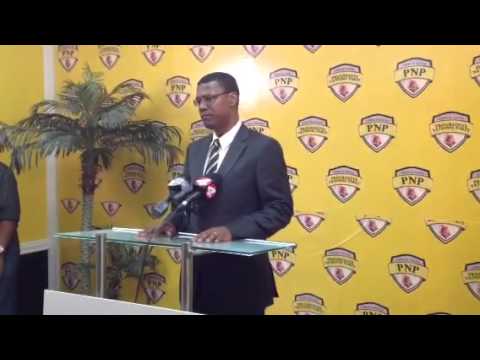 and at least one cabinet minister did not like it.

The TCI Sun Newspaper, flying off shelves over the weekend as residents got word that the lead story was a series of emails leaked to the paper for publication. It started with Business Solutions owner, Crayton Higgs blasting the DP Akierra Missick and others for attending the farewell party for outgoing governor, Ric Todd.

The Youth Minister responded telling Higgs that she is not his child, not to be chided and that she is a stateswoman who has the right to go where she deems fit. More PNPs pipe in including party advisor Devon Williams and former leader Clayton Greene; both supported the DPs comments in large part.

An apology and warning comes next from the party and country leader, Hon Dr Rufus Ewing. He predicts that the back and forth via email is a bad idea… seems he was right as the laundry of the PNP is plastered all over the first and second pages of the Sun.

The GSS minister, George Lightbourne is also recorded as weighing in and agrees with Crayton Higgs’ stance. In the litany of things, Mr Higgs points out are that the party base put the member for Long Bay Hills in, challenges her to run independently and says the leaders’ are feeding a growing lack of confidence among the party base.

There are a couple more stinging serves between Higgs and the DP before she ends it telling him not to text her, bbm her, whats app her, email her, call her or ever contact her again under any circumstances.

The Premier, when he spoke in this revealing string, strongly intimated that there is a plan afoot to show the British that the PNP is dissatisfied with the new constitutional relationship.