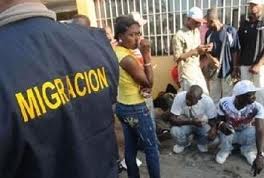 Haitian Consulate, Karlo Pellissier has already visited the 200+ illegal migrants at the Detention Center on Providenciales who were intercepted on two boats Tuesday morning.

The Consulate condemned the act and told Magnetic Media he pleaded with the migrants to discontinue their efforts with blunt yet empathetic remarks warning Haitians that risking their lives and ultimately criminalizing themselves is not worth it.

Pellissier added that the detainees were admonished to pay attention to the news at home in Haiti where reports of jobs being created in the tens of thousands are aired and where the minister of foreign affairs, Pierre Richard Casimir is making radio and television appearances discouraging these dangerous voyages.

The Consulate said relations with TCI Immigration authorities are good, and that he was due to again visit the Haitian men and women being detained last night.