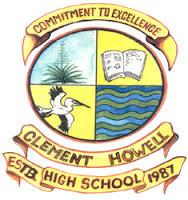 In what was supposed to be a regular school day at the Clement Howell High School on Providenciales, violence .

A form 5 student was stabbed while waiting in the school’s auditorium for the bus to arrive. According to reports four students from the school were involved in an altercation which resulted in the stabbing incident; there is even a report that a student from a nearby institution was involved in the attack.

The injured 16 year old young man was accompanied to the Blue Hills Clinic for medical attention and then transferred to the Cheshire Hall Medical Center. The wound is said to be non-life threatening and the student is responding well to medication.

The Ministry of Education has condemned the act and is currently working with the Royal Turks and Caicos Islands Police Force to address the issue. The Ministry in its response also added that students, whose aim is to disrupt the sense of security on and around the school campus will be held fully accountable.