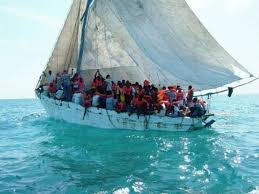 It was reportedly spotted in the TCI waters near South Dock. The 106 people were later detained by the Marine branch of the Royal Turks and Caicos Islands Police Force and brought to the Immigration and Detention Center, where they will remain until repatriated back to Haiti.