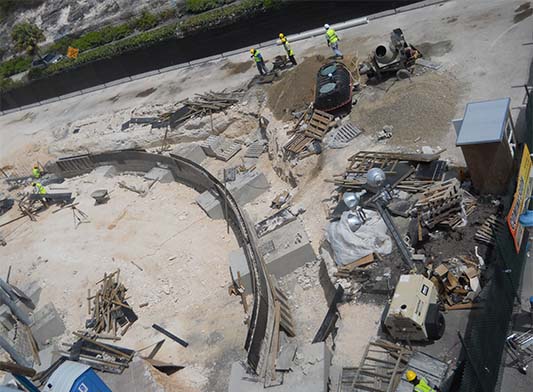 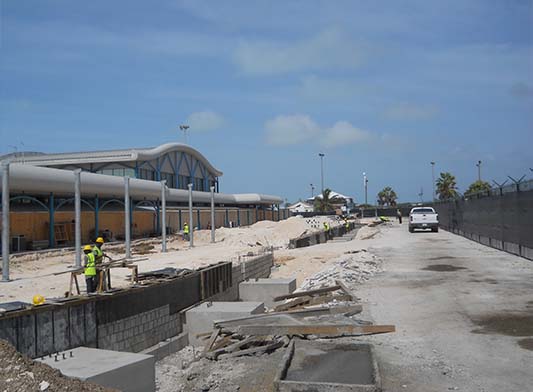 AUGUST 15, 2013 – PROVIDENCIALES – Work at the Providenciales International Airport announced that the renovation project is shifting into higher gear, as the tourism season slows down.

Passengers and airport visitors may see the continued movement within the protected fenced area directly in front of the existing terminal. Construction crews are in the process of building “up” as structural elements for the new terminal building are being put in place.

Installation of the steel is currently taking place and works will be carried out at full force during the slow months of September and October.

The overflow West Parking Lot is currently having the curbing and bumper strips installed. The bumper strips will mark out each parking spot and serve as a barrier to prevent one vehicle driving forward to the next vehicle.

The project is on schedule and moving toward a winter 2014 opening date.

The TCIAA apologizes in advance for any inconvenience caused during this construction period.