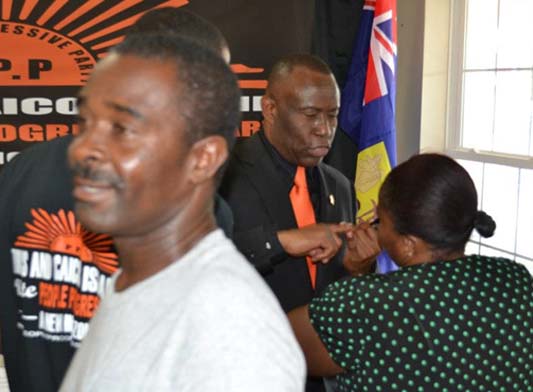 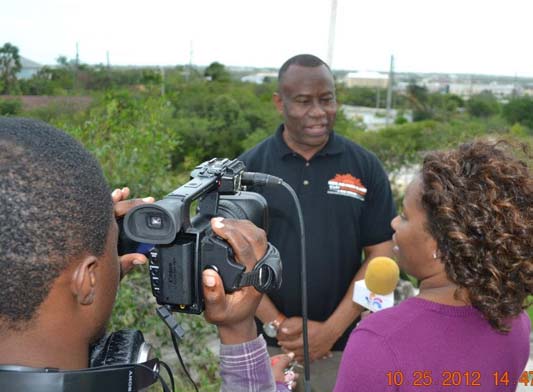 AUGUST 15, 2013 – PROVIDENCIALES – The People Progressive Party may fall apart now that its leader, Harold Charles has announced he is resigned from the top post.

The PPP had promised its supporters, win or lose, that it would not disappear from the scene.  Yet the Party has been almost completely silent since being unable to secure any of the 15 seats in the November 2012 General Elections.

Late Thursday August 15, 2013, Harold Charles revealed he is stepping down; he did so via letter.

I am deeply saddened that after much thoughtful consideration, I have made the decision to resign as the leader of the People’s Progressive Party (PPP) effective 15th August 2013.  I will hasten to say that this decision was not arrived at lightly but it is painfully necessary for me and the party to close this chapter in its short political history.

As you are all aware, I am one of the founding members of the PPP.  In large part, because my encouragement most of you made the decision to join the party in its quest to bring about meaningful change to the people of the Turks & Caicos Islands.  We made a valiant effort in the November 2012 elections campaign.  During our contributions we brought the issues regarding inward investment and education to the forefront of the political debate.  But as with other third parties that have preceded us, our message did indeed resonate but the electorate at the end gravitated to the more established political parties

It is extremely difficult for third political parties to survive.  This is even more profound in this present political environment where it has become virtually impossible to secure the funding requirements that are necessary to meet the basic daily expenses for a political organization such as the PPP to function properly.  Even as members who would naturally have the viability of our Party to heart, our personal contribution is restricted to $30,000 annually.

I am still very passionate about both investment and educational opportunities for our people.  And given my vast international contacts, I still do believe that I can make an invaluable contribution to our beloved country regardless of my political affiliation.  Regrettably, the nature of our local politics suggests that if I am going to have a realistic chance to make a meaningful impact in my personal capacity to the growth of our country it would be best that I do so as a private citizen.  Otherwise, in some quarters, my efforts could mistakenly be seen as confrontational or adversarial to the prevailing political discourse.   Whilst this would be the furthest from the truth as far as I am concerned, in reality it is completely a different story.  I would not want to unnecessarily embroil the PPP in my personal dealings nor would I want for my legitimate efforts to help our country be looked upon suspiciously.

The time is long overdue for the blossoming of new ideas to put people back to work; to educate as many of our people to the tertiary level and beyond; and just as importantly, to open the channels for new investment to come to fruition in our country.  Inflamed political discourse will not help at this time to achieve these objectives.  Rather, a helping hand to bridge the divide and open lines of communication are essential in this journey.  I believe that I can be of assistance in these areas and will be reaching out to all Turks & Caicos Islanders to join me in making the Turks & Caicos Islands the gem that it is capable of being.  It is still my ultimate dream to see the Turks & Caicos Islands become the Singapore of the Caribbean.  We have a shared history and many of their past experiences can be a teaching moment for us going forward.

My resignation would not be complete without my thanking the many supporters who voted for me in Five Cays and for the Party overall in Providenciales.  These supporters took the risk of stepping out on faith and being true to their individual political convictions to defy the odds and render to us their support.  We owe them at a minimum our heartfelt words of appreciation.

In closing, I have come to know all of you in a very personal way over the past months and I genuinely believe that my life experience has been enhanced because of you.   I take away many pleasant memories of my tenure as leader of the PPP.  In bidding farewell to all the Party’s members, I take this opportunity to say thank you and wish all of you the very best in your political and personal endeavors going forward.