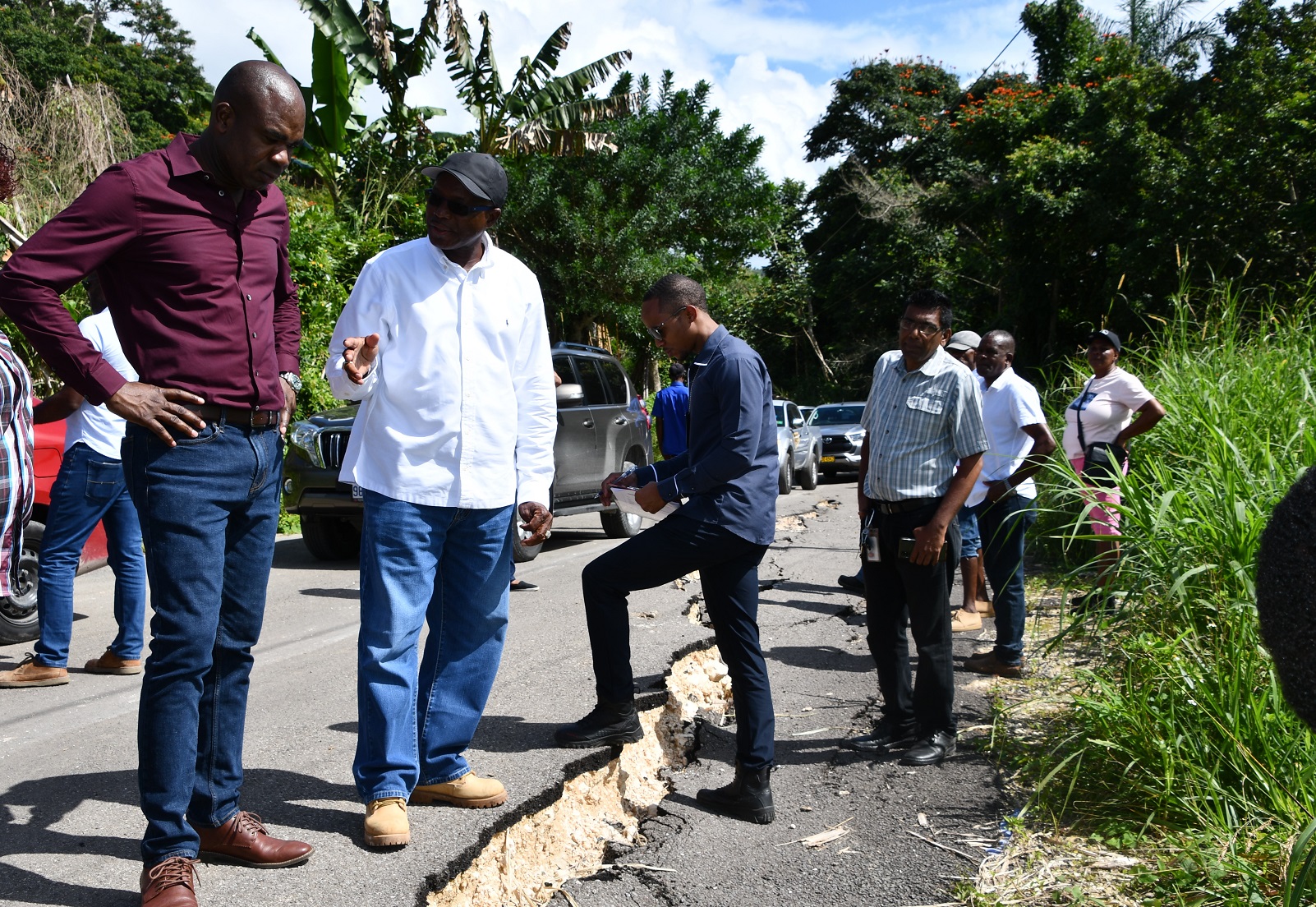 Minister without Portfolio in the Ministry of Economic Growth and Job Creation, with responsibility for Works, Hon. Everald Warmington, along with a team from the Ministry, toured sections of the constituency on Wednesday, November 16, to get a first-hand look at some of the roads scheduled for repairs.

These include the Cascade main road, to be refurbished at a cost of $53 million, and the Mount Moriah to Battersea roadway, which is to cost $167 million and be completed in two phases.

The Minister said immediate work will be done on the Brown’s Town to Alexandria main road, which has deteriorated despite being resurfaced some four years ago. 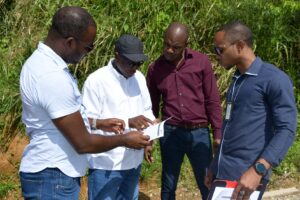 Mr. Warmington informed that the National Works Agency (NWA) will be conducting an assessment to determine the scope of work for that section of the roadway and provide an estimate of the cost.

“One area of concern,  however, is the Alexandria to Brown’s Town main road that I am a little dissatisfied with the surface itself. That was done through the  MIDP [Major Infrastructure Development Programme] and it should not have deteriorated this badly. [I’ve asked] the [NWA] team in St. Ann to go look at it, scope the areas to be corrected, so it doesn’t deteriorate any further,” he said.

The Minister also announced that breakaways along several thoroughfares in the constituency will be corrected.

“Those we are going to address right away, because unless we address these problems, it will break out into a bigger situation. As soon as the [NWA] team in St Ann scope these and send them to me or the Ministry, I will address them,” he said.  He added that Borobridge and Thatch Walk bridges will be improved, as they pose a risk to the motoring public.

Member of Parliament for the area, Hon. Zavia Mayne, who was part of the tour, told journalists that he is grateful for the support from Government to improve the infrastructure in the constituency.