A few words regarding the coming day’s events to note the passing of our late Sovereign, Her Majesty Queen Elizabeth II.

Following a minute’s silence at 3 pm on Sunday, the Government have announced a day of mourning on Monday 19th September.  On that day, the Premier and I will be seated in Westminster Abbey representing the peoples of these Islands, alongside the Heads of State from 170, or so, Countries and Territories. It is a remarkable moment, marking the end of the second Elizabethan age.

Things that bring us closer, nationally or globally, that remove barriers and engender empathy, are increasingly special moments and this is one such example. You may have seen a Union Flag projected onto the Matterhorn in Switzerland and the Brandenburg Gate in Berlin. Her late Majesty’s image was projected on the Sydney Opera House while piles of floral tributes were laid outside our Consulate in Hong Kong. Symbolic of Her reach outside of Her Realm.

At the time of a major Ukrainian counter-offensive President Zelensky took time to visit our Embassy to sign the Condolence Book. In the United States the Speaker of the House of Representatives, held a minute’s silence and adjourned the House, while the famous route along Pennsylvania Avenue was lined with Union Flags at half-mast.

Anyone watching the miles of good natured and patient people queuing for hours to offer their last respects at her late Majesty’s lying in State, or on Her journey through Scotland, or from Buckingham Palace to Westminster Hall will, I suspect, have taken a moment to either be reassured, or pleasantly surprised, by this remarkable demonstration of quite what a unifying force the late Queen has been.  Pageantry and participation helps us move from one era to another – it allows us to be steady and sure-footed when change normally brings uncertainty and unease. 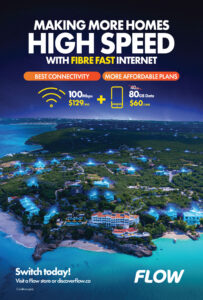 Here in TCI, some will want to use Monday to reflect on the life of the Queen and also the lives of the remarkable people, in their own families, some who are still alive, but many who will have passed who were from our late Queen’s generation.  It is, for example, impossible for me to think of Her late Majesty without thinking about the stoicism and sacrifice of my own parents, and the role she played, both as a childhood role model during the war, and then providing the backdrop to their lives – a living example of never complaining, always hardworking and life-long service to others.

For some it will be a chance to mourn in a wider sense. Many have lost close relatives, not at the grand old age the Queen reached, but in circumstances where a close relative or friend have been taken from them, suddenly, with no time to prepare. I hope this is a day that provides a quiet time to reflect on those they and we have lost, at the same time the rest of the Territory is in a similar frame of mind.

It might be a day where some choose to invest time in their family or go to Church. Her late Majesty, I think, would very much approve of that approach.  She was a committed Christian and a committed mother.  As parents, we all lead feverishly busy lives where the conflicting priorities of: work; those who we need to care for from the generation before us and those who we need to give love and attention to from the generation behind us, compete for attention along with many other pressures.

Often the last people we have proper time for, are the people most dear to us, yet the basis of a strong society, is a strong family.  Perhaps some quiet time in each other’s company, enjoying the simplicity of close family life, will – for some – be the most respectful, but also the most appropriate and rejuvenating way, to spend Monday.

On Monday, for those who wish to watch the Funeral in the company of others, and in a place of worship, there will a live screening, at 6am, at St Mary’s Pro-Cathedral Church in Grand Turk, and at St Monica’s Anglican Church in Providenciales. RTC will screen the State Funeral at 6am on Monday for those who may wish to join the estimated global audience of 4 billion people. Individual Churches will make, and make known, their own arrangements, should they wish to, to hold a memorial service – but this is firmly their choice.

For those that wish to – a two minute silence echoing the silence in the Abbey at the conclusion of the Funeral – may also be observed at 7am on Monday or given the early hour, at any other time during the day, as you deem appropriate.

There will be a time to rejoice – the Future Coronation of a King – on a date not yet announced – will offer us that opportunity. But perhaps Monday can be used as a day of reflection about those who are with us, those who we love, and those who we remember built around our respectful memory of our late Majesty, Queen Elizabeth II.  May Her late Majesty Rest in Peace and may she Rise again in Glory. ‘God Save the King’.