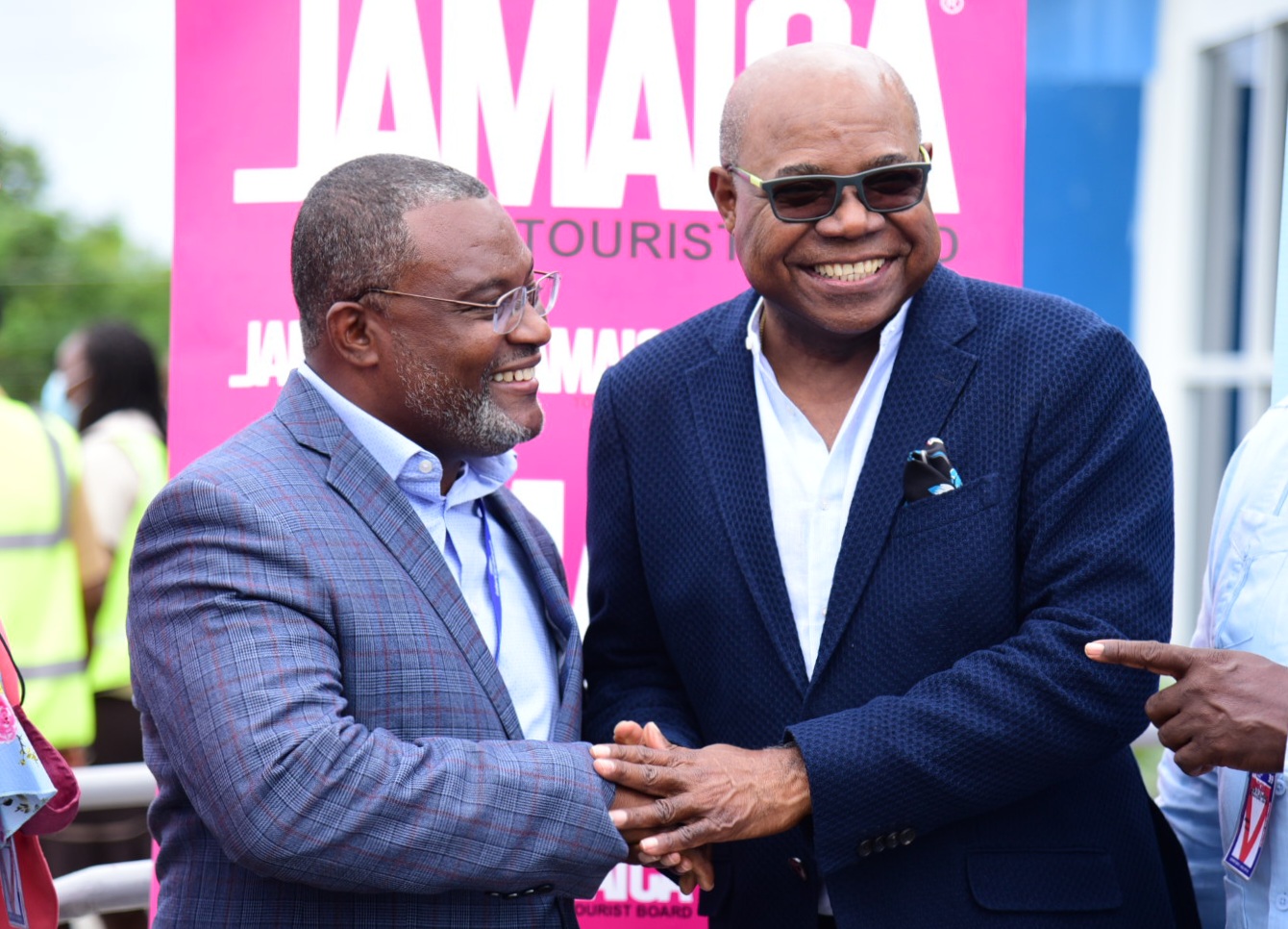 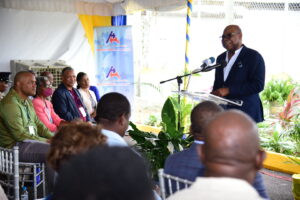 The flight, an InterCaribbean Airways Embraer120, brought 30 travellers to the country from Providenciales, Turks and Caicos.

Passengers and crew were greeted by a delegation led by Tourism Minister, Hon. Edmund Bartlett.

Addressing a welcome ceremony on the airport’s grounds, Minister Bartlett hailed the regional origins of the flight.

“The presence today of the inaugural flight from a Caribbean Island into Boscobel is a bigger statement than what has been made,” he said.

“Today begins a new chapter in the aviation history of this area [and] in the connectivity between this piece of geography and the rest of the world,” he added.

Minister of Transport and Mining, Hon. Audley Shaw, in a message delivered by Acting Permanent Secretary, Dr. Janine Dawkins, said the inauguration of scheduled international flights into the airport should “boost the popularity of the Northeastern region for visitors”.

The Minister said that the flights will ensure easier access to hotels, villas, and guest houses in the country’s northern parishes.

Chairman of interCaribbean Airways, Lyndon Gardiner, in his remarks, thanked Jamaica for embracing the airline’s 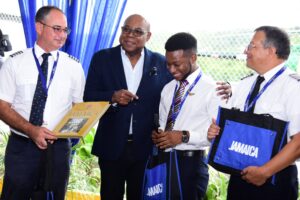 services.  He said the new partnership will serve to boost regional connectivity. “We will now have the ability to bring people from across the Caribbean, whether it be for business, pleasure, or furthering multi-destination vacations, by offering Boscobel residents and visitors direct service across the Caribbean and vice versa,” Mr. Gardiner said.

InterCaribbean Airways serves more of the Caribbean than any other airline, with a network of 16 countries and 26 cities within the region.

The Ian Fleming International Airport was officially opened in 2011. It is named after the creator of the widely popular fictional spy, James Bond.

Macmillan Education Caribbean announces its ‘Summer of Science’, an extensive and engaging programme for both students and educators