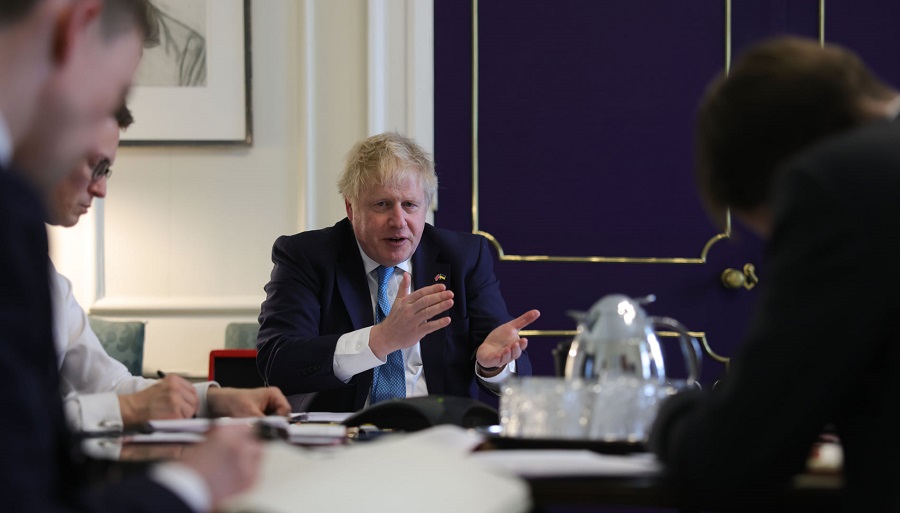 #UnitedKingdom, April 15, 2022 – UK prime minister, Boris Johnson has paid the £50 fine leveled at him by the British Police on Tuesday.

In an extraordinary turn of events, Johnson and Rishi Sunak, his Finance Minister were fined for breaches of Covid-19 lockdown laws which they helped to create and pass.

Johnson’s wife, along with 47 others was also fined, in what has been scandalously labelled, ‘Party Gate’. It was a shindig held to celebrate the Prime Minister’s birthday.

Prime Minister Johnson was just days ago on a tour of the Ukraine; getting an up close look at the hell unleashed on the country which was on February 24 invaded by Russia.

At home in the UK, the Met Police had vowed they would investigate the claims and this week, it announced that indeed the prime minister did break the law in attending the party while Britain was in a government-forced lockdown.  It was at the start of the pandemic in 2020, when many were not even allowed to visit dying relatives in government’s effort to contain the newly discovered coronavirus.

These were public health protection laws established by the Johnson Administration.

A group representing bereaved relatives have called for his resignation, so too has the opposition.

Boris Johnson has so far refused to resign.