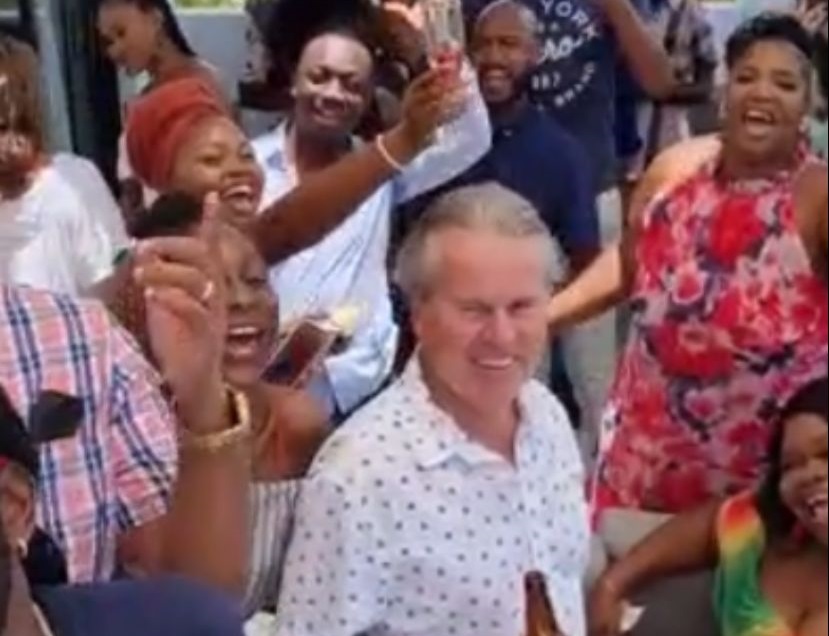 #TurksandCaicos, August 11, 2021 – The Governor of the Turks and Caicos found himself the subject of criticism on Sunday, after images emerged of an event he’d hosted appeared to break Covid-19 Health Regulations.

The missing masks, lack of social distancing and party-like feel of the photo and video drew labels like: “hypocrisy”, “double standard” and was red-flagged as a challenge to see what Health Officers would do after the video and screen shot surfaced and spread like wildfire on social media on Sunday.

The intrigue about the images lies in the fact that they show the Governor and others not physically distancing, not wearing masks and that it seemed to be a party.  Also drawing criticism was who made the guest list; at least one individual (a local DJ) who has vexed residents because he continues to host “super spreader events”.  Those commenting expressed it was in poor taste that the Governor would welcome the DJ to his informal meeting.

Governor Dakin explained his event was “mainly outdoors, it isn’t after or close to curfew and that it was a brunch designed to bring the creative community of the Turks and Caicos Islands together.”

When we reached out to the governor to explain the social-media-circulated images, he made it clear that he did not see the gathering as a double standard, adding in his comment that it was “a well thought through outdoor, daytime event within restricted numbers and with food being served.”

The latter point likely stated to explain why there are no masks on.

Still some residents believe public health laws, which the governor would have been a part of approving at Cabinet, are being blatantly flouted.

Mask wearing remains mandatory in Turks and Caicos, so is social distancing.

There are around 30 people in the photograph posted at the governor’s Instagram page and comments there are mostly favourable.

Private remarks to our newsroom from business owners were starkly different and offered that “the Covid-19 imposed protocols and hefty fines for breaking the rules are hampering our profitability; so now, I don’t want to see Police telling me what I cannot do.”

Strongly suggesting, they see the Governor’s event as opening the door to side-stepping rules as being as good for the goose, as it is for the gander.