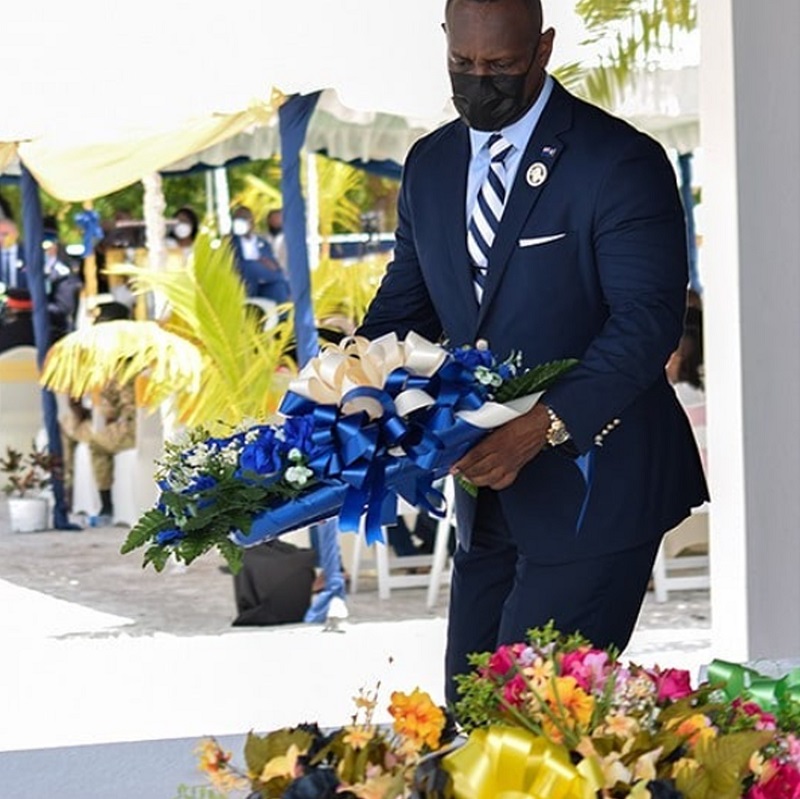 #TurksandCaicos, July 6, 2021 – Edwin Astwood is now the eighth person to lead the People’s Democratic Movement party; and it was decided at the party’s constitutionally required June convention, which was held on Saturday according to a media statement from the PDM on June 28; the statement followed the 46th National Convention of the party.

Hon Astwood was the only PDM member to retain a seat following the February 19 general election; and is already serving as the Leader of Opposition business in the House of Assembly.

The June 26 2021 convention was held virtual style and also concluded with Patricia Saunders Missick accepted as the new National Chairman.

This PDM communication follows the announcement of resignation from frontline politics by Sean Astwood, the party’s now former deputy leader, who had been assigned as temporary leader of the party.  Astwood resigned, effective June 1, 2021.

The PDM has yet to face the people of the Turks and Caicos in a united front or formally in any kind of media event; every official message has been delivered by email.  The country’s oldest political party appears to be unable to rebound from the devastating loss at the polls.

Forty-five per cent of electors cast votes for the PDM in the February 2021 General Elections and it remains peculiar that the party, which just months ago served up a boisterous election campaign has gone so silent and seems so shattered by the loss, unable to re-emerge.

In the media statement, the PDM does inform that it looks forward to October 29-30 when it will gather for a national convention; hopefully in person.

The Party expressed in the statement that it is hoped by that time, public health protocols due to Covid-19 will be relaxed enough to permit a full gathering of party’s  delegates from across the islnads.

Among the agenda items for the Convention in October are changes to the constitution; modification of old policies and standing orders and an election of party officers.

Hon Edwin Astwood and Patricia Saunders Misick will serve in the interim.

Fourth batch of Vaccines still not enough for TCI target