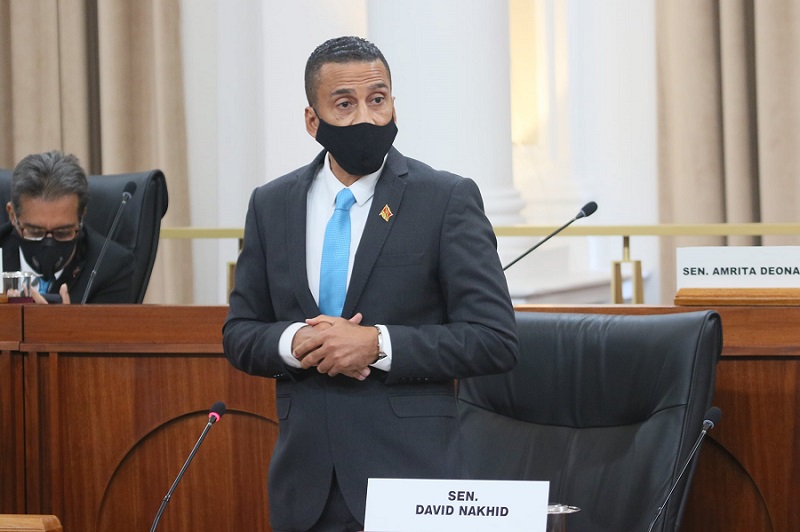 #TrinidadandTobago, June 19, 2021 – Heart-breaking statistics about sexual abuse in Trinidad and Tobago has led to a bold new stride in law to expose sex predators and has drawn suggestions for effective social intervention.

Opposition Senator David Nakhid is at the center of reports on passage of the Sexual Offences (Amendment) Bill 2021.  He is also addressing the statistics which expose the damage to children and young people when explicitly sexual encounters and entertainment is thrust upon their impressionable minds.

The Senator substantiates his plea with a startling, concerning figures emanating from interviews with victims of sexual violence.

“Based on a 2008 study of a mix of 269 rapists and child abusers, he listed typical background traits of sex offenders.

He said child sex abusers had typically experienced child sexual abuse (73 per cent of respondents) and viewed pornography before age ten (65 per cent.)

“His dysfunction was related more to almost a compulsion or a maladaptive character in terms of how he would see that sexual experience.”

Nakhid said a rapist’s background was typically physical abuse (68 per cent of respondents), parental violence (78 per cent) and emotional abuse (70 per cent.)”

The Senator admonishes for families and leaders to remove the taboo around the sexual experience.

On Tuesday, the Senate of Trinidad and Tobago, unanimously approved the Sexual Offenses Amendment Bill (2021) which now gives the public the right to access a sex offender website providing names, photographs and date of birth of convicted persons.

CNW Network, a US based Caribbean news organization, in its report said:  “Attorney General Faris Al-Rawi, who piloted the bill, said it is intended to create two registers: The National Sex Offender Register, which would be private and for the use of law enforcement only, and the Public Sex Offender Website, which would be accessible by the public. The website would be under the control of the Commissioner of Police.”

However, Senator Nakhid suggested the sexual offenders’ website be maintained by an independent board.