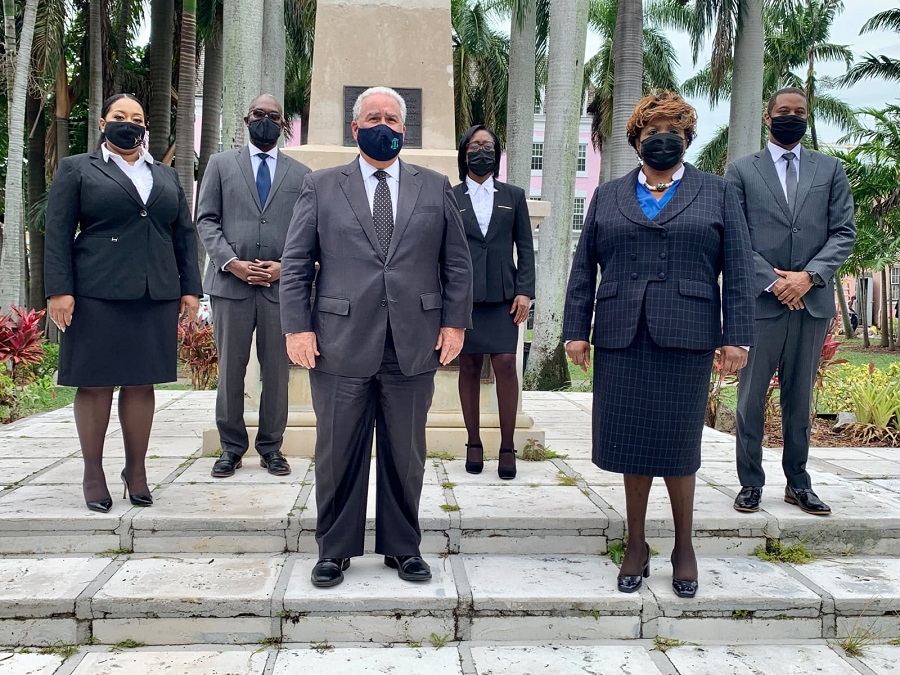 “I commend you for your public service in taking up your post as a Stipendiary and Circuit Magistrate and wish you much success as you transition from lawyer to judicial officer. You now leave advocacy behind and take up the mantle of decision making in cases in your court as you dispense justice to all who are before you in a manner which is consistent with the oaths which you have taken this morning.”

“You are no longer in the arena representing a client, but must now adjust to presiding over that arena with impartiality and fairness with complete fidelity to justice according to law.”

The Chief Justice explained to the new Magistrates that their decisions will touch thousands of lives over the course of their time in the Magistracy. He stated that they will carry the weight of that responsibility every day as they deal with cases before them. “You will find that the journey from lawyer to judicial officer is not seamless.  It is a process which requires you to remain astute and focused on your judicial duties as you navigate the waters of transition.”

The Chief Justice said he is confident that they would successfully complete this journey and discharge judicial duties with distinction, courage, integrity and independence.

“Your assumption of duties as a Magistrate is much anticipated and you will find a full calendar of cases waiting for you. The Magistrates’ Courts are the busiest courts in the country and interacts with more people than any other court. For many of the persons who have cases in the Magistrates’ Court, their view of the administration of justice is based primarily if not solely on their dealings with those courts.”

He noted that this only underscores the importance of the work that is carried out in the Magistrates’ Courts. “As a group of four new Magistrates, with a fifth Magistrate scheduled to be sworn in early next month, you have the potential to make a significant impact on the Magistracy and it is my hope – I might say even my expectation – that individually and collectively, you will make an enduring contribution to the advancement of that institution.”