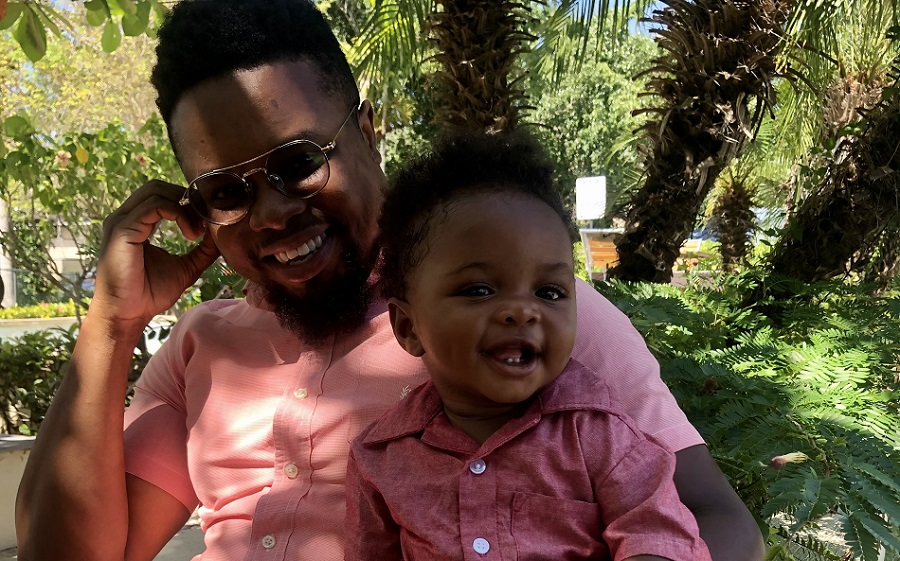 #Jamaica, June 19, 2021 – As a first-time father, entrepreneur Kristofferson Nunes decided to write a Parental Manifesto that guides how he creates an environment for his son’s upbringing.

According to Mr. Nunes, his Manifesto sits in the notepad of his cellphone and is updated daily by inspiration from his past and current life experiences that he believes can transition into principles that will aid his 10-month-old son’s development.

“It’s like my anchor. We all have it, whether it’s religion or not, everybody entwines their own beliefs in their own complex ways, but for me, my written thoughts pull from different philosophical principles and different experiences,” he tells JIS News.

He adds that his Manifesto is not used primarily as a ‘check-off list’ but is rather a tool that keeps him balanced with his approach as a father.

Mr. Nunes says he wants his son, whom he affectionately calls “the Lavender Calf”, to grow in an environment that allows him to inherit the art of creativity, independence, a drive for knowledge, self-discipline and knowing how to balance his approach to life.

“I want him to know you can learn from everyone, that you’re not above or beyond others,” he adds.

Mr. Nunes says that even with those attributes in mind, he believes it is important to give his son the freedom to discover his interests and support him in whatever way he can.

“How we fathered then is different than how we father now [and] I think growing up, I learned it was unfair to expect the father figure to be one person,” he tells JIS News.

Mr. Nunes adds that children can learn from several individuals who take on the fatherly role, and from a personal standpoint, his personal development has benefited from this.

“We all learn from different eras, and for me it’s still a learning experience,” he notes.  The 27-year-old entrepreneur says becoming a father also exposed his insecurities.

“I feel like from the standpoint of a male, many of us have egos as an insecurity.  Thinking that we may know everything, and following our instincts and dominant male energy can blind us from what’s important,” he adds.

Mr. Nunes says even though becoming a father exposed his insecurity, it also made him become a better listener to his son, his family and his environment.

“It [also] allowed me to be more responsible, more self-aware and more empathetic to the things around me,” he notes.

Mr. Nunes says his son has also taught him to be patient and what it means to slow down and enjoy the simple moments in life.

“[He] gave me a better sense of direction of what is important and what is not,” he shares.

Meanwhile, he says the father-figure role is a necessary instrument to the foundation and preservation of Jamaica’s society, “not necessarily with just money but with the foundation of principles, and if [the right father figure] isn’t there, someone else will play the role”.

Mr. Nunes emphasises that it is important for fathers to be open in asking for advice and support if they need it.

Mr. Nunes says that if there are more community-level highlights of fathers active in their roles, then a domino effect of support and more appreciation will occur in the society.

“What do you share with them? How do you encourage them? It comes with momentum and starts with one person,” he says.

Mr. Nunes tells JIS News that he enjoys watching the world through his son’s eyes, observing how he responds to what is happening around him, and his relatives, as they all play a part in his personal development.   He intends to continually add to his Manifesto, in the hope that one day his son will not only inherit the principles from it, but will also see the heart of his father.