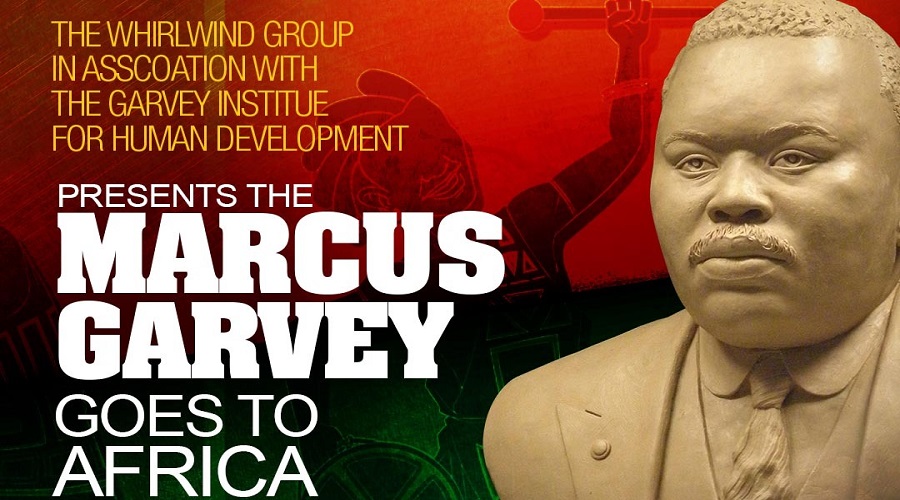 March 5, 2021 – A Toronto-based Afroglobal Television collaborates with other Pan-Africanism-affiliated institutions such as The Marcus Garvey Institute, Pan African Technical Association, Strictly Roots, National Association of Kawaida Organizations, The Whirlwind Group, and renowned Los Angeles, USA artist Nijel Binns, and other famous personalities under the leadership of  Dr. Julius Garvey to take a bronze bust of Marcus Garvey to Africa.

The Canada-based 24-hour network announced their support to the Sculpture project on March 18, 2020, in a bid to inspire the present and future African generations in Africa and Diaspora.

“We are looking forward to documenting and promoting the sculpture project as a symbol of inspiration for present and future generations of the people of Africa and the Diaspora,” said Moses A. Mawa, President & CEO of Afroglobal Television.

The bronze sculpture honors the legendary Marcus Mosiah Garvey, who, with other iconic leaders in history, such as Emperor Haile Selassie of Ethiopia, Dr. Kwame Nkrumah of Ghana, Jomo Kenyatta of Kenya, and others who laid a foundation for Pan-Africanism, the global movement for unity and success of people of African descent.

In 1920, Marcus Garvey called for the United States of Africa. He went on and created the Universal Negro Improvement Association and African Communities League (UNIA & ACL) that had over six million people and over 1000 branches in 43 countries worldwide by 1926, including Britain, USA, and Canada.

Even though he died in 1940,  Garvey’s leadership legacy has remained a solid source of inspiration to many subsequent leaders of African descent.

“The sculpture will enshrine my father’s legacy at the African Union headquarters, demonstrate the importance of the Diaspora as the sixth region of the African Union, and inspire Africa and our worldwide descendants, with his vision of unity and unbridled prosperity,” said Dr. Julius Garvey, a vascular surgeon in New York, and son of the legendary Marcus Mosiah Garvey.

The bronze-made Statue of the Jamaican hero will be completed, delivered, and installed at the Headquarters of the African Union in Addis Ababa, Ethiopia, by August 17, 2021, which will also mark the 134th birthday of Marcus Garvey.

The legendary Marcus Garvey has a similar stature in the US Hall of Heroes of the Organization of American States in Washington D.C.