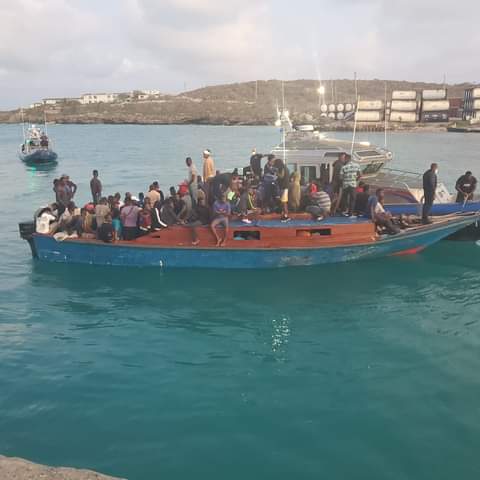 #TurksandCaicos, April 23, 2021 – The United Nations Security Council is calling on CARICOM countries to step in to help Haiti.

In a battle which has raged on for far too long, the UN is seeing the challenges on the ground are needy of regional help.  Five million children are starving and malnourished, food prices have rocketed by 22 percent, 14   of its people are on record as unemployed, (it is believed to be far more than that), political instability and violent unrest continues to be destabilizing and regular, everyday Haitian men, women and children are literally running for their lives.

They are mainly fleeing  to nearby Bahamas and even nearer, the Turks and Caicos Islands.  In the past week, 559 illegals from Haiti have been caught in TCI waters. If previous figures are anything to go by, these last two groups alone could have cost the TCI $559,000 to house and repatriate.

The 183 males and 68 females, in Wednesday’s interception were caught by the coastal radar and tugged into shore by the police marine branch.  The encounters are not violent for our officers, thankfully but they are vexing and tragic and risky.

Images from the arrest are shocking; how these refugees made it so far, in such overcrowded conditions is miraculous  A 45 foot wooden boat with 251 people, including two children, we are told were aboard.  The voyage was a near suicide mission.

Last month, the UN said neighbouring countries have an important role to play… the UNSC said CARICOM countries should harmonise on an approach and continue active engagement with the republic, because the protracted political, constitutional, humanitarian, and security crises in Haiti.