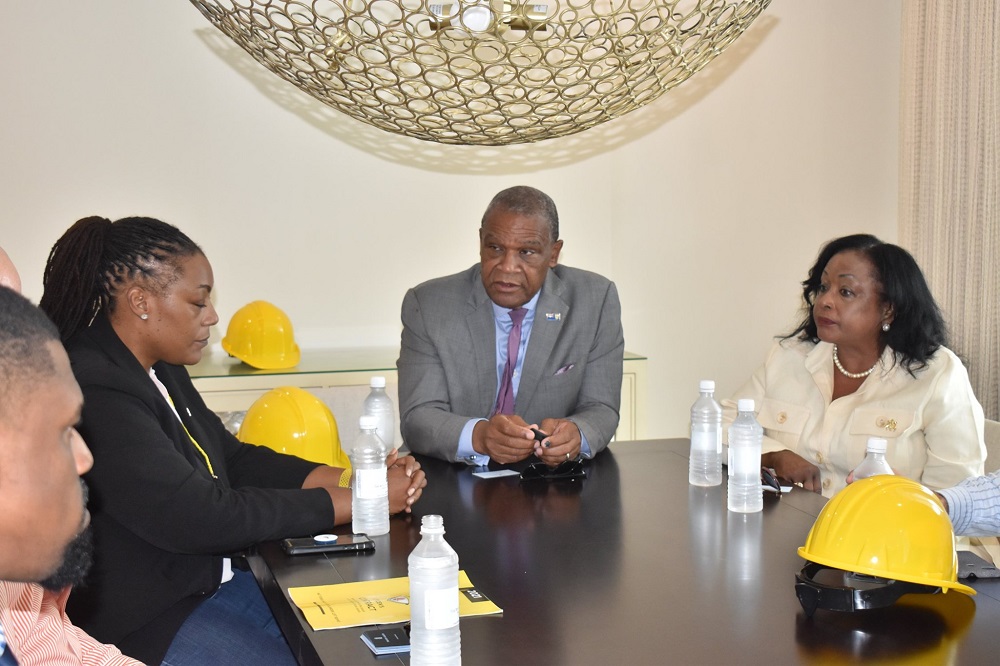 #TurksandCaicos, April 27, 2021 – The Progressive National Party promised a government that focuses on the needs of the people—from the employed, unemployed, employable, and not employable and while on a radio interview hosted by Drexwell Seymour on Tuesday, April 20, 2021, Premier, Hon. Washington Misick drummed down that  it is the responsibility of the government to look after its people.

In offering the ‘how to’ on his neoliberalism agenda; Premier Misick said his government would balance physical, economic, and social development to ensure everyone in the Turks and Caicos Islands lives a standard quality life regardless of who they are and what they do for a living. The neoliberal kind of approach will allow every TCI citizen to grow and thrive economically, he said.

While quoting one of the famous Jamaican sayings, “An empty stomach is a bad political advisor,” Hon. Misick mentioned the various programs put in place by the government to help TCI people to get life moving even in the face of Covid-19 challenges. Such initiatives include tax exemptions and reliefs and economic stimulus funds to help businesses and those in dire need.

Neoliberalism is generally understood to limit the size, scope, interference and perhaps intrusion of government on the free market system.  Allowing ingenuities on how a society makes money and grows, to flourish without the bureaucracy and taxes and barriers of big government.  Others argue, Government must be involved in order to protect the vulnerable from poverty, violence, abuses like discrimination and the inability to ever get ahead.

While the debate is vigorous, the Premier expressed commitment to the idea as working for the betterment of TCI’s people.

The Premier, as a result, talked about the availability of funding for small and startup businesses that are at the brink of closure due to the impact of the Covid-19 pandemic. He also urged the youth to make use of the money to grow their business.

With 45% of people vaccinated, the country seems to be moving in the right direction towards fully reopening the country’s economy.

On putting the interests of the TCI people first, Premier Washington Misick  spoke about introducing social engineering which prioritizes Turks and Caicos residents, over foreign applicants when it comes to job opportunities.

Even though this might sound like a blow to non-citizens residents, the Premier said it’s constitutional and would help reduce the hiking non-employment rates among the locals.

But that’s not all; there’s a flurry of activity going on to empower TCI residents and build a more robust post-Covid economy and the Premier said, during the show, there will be announcements made to expose those plans.