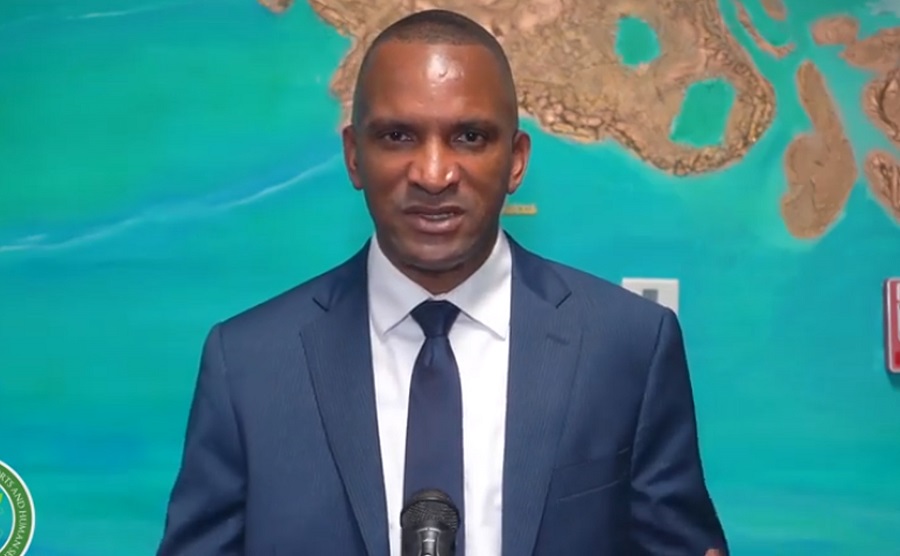 #TurksandCaicos, April 12, 2021 – Since the vaccines were rolled out early this year (2021), there have been many conspiracies put across by different groups of people concerning the use of vaccines, with some people claiming the vaccine makes young people sterile.

However, all those claims lacked scientific backing, reducing them to rumours and baseless hearsays, given that the vaccines have been tried and tested before approval for mass production, said the Deputy Premier when he addressed youth in a video message targeting younger residents.

In his Youtube presentation “Myths Amongst Our Youth,” Hon. Saunders encouraged the youth to get vaccinated as it is the only absolute best way to stay safe from Covid-19.”

“Get vaccinated if you haven’t been vaccinated. It’s the absolute best way to keep you safe from Covid. So, I’m encouraging everyone,” said EJ. Saunders in his opening remarks. However, Hon. Saunders directed his encouragement to the vast majority of youth who’ve resisted vaccination by believing various myths peddled around.

“I wanna talk to a specific group of people. The people who’re here are saying to me, often than not, that they don’t wanna get vaccinated for various reasons. It’s about the youth,” said the deputy premier.

Hon. Saunders noted that many youths refrain from getting vaccinated for fear of being rendered sterile, and they’d want to have children in the future. He also clarified the vaccines are very safe, and rumours hold no scientific facts.

“I wanna tell you that is not true. The vaccines would not make you sterile! The vaccines are actually very safe,” said EJ. Saunders. The minister of health further clarified that the virus comes from animals and mutated into a dangerous disease-causing strain to humans.

And the only way to deal with the virus is to come up with a vaccine against it. Hon. Saunders also explained that scientists worldwide have many years of experience in coming up with vaccines, and massive funding was directed to speed up the vaccine-making process.

According to the minister, viruses are normal.  “About 100 years ago, there was a Spanish flue. Today we have Covid-19. If the virus is left to run the world, it will cripple the world economy for an extended period and lead to a global economic depression.”

So we’re counting on the young people. The quicker you get vaccinated, the quicker the world can come out of this. Particularly us in Turks and Caicos, we can get out economy open. We can get kids back to school. And we can get you back to work as quickly as possible. Those over 16 can take the vaccine,” appealed the Deputy Premier.

It is unclear if 16 and 17 year olds, who are still considered minors by law, would be required to have their parents’ permission before beign inoculated.