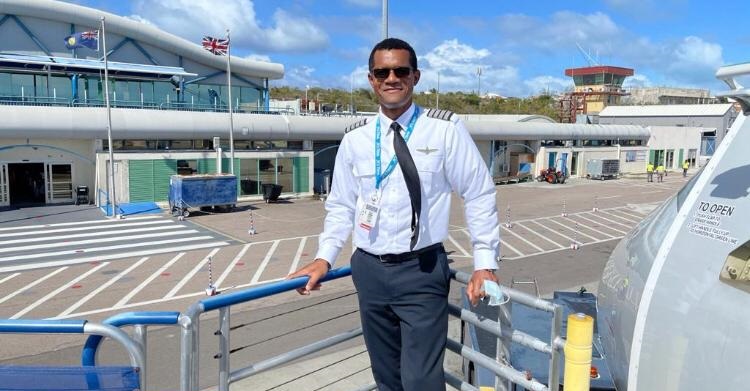 #TurksandCaicos, April 2, 2021 – Gregory Glinton of Grand Turk is among only two Turks and Caicos Islanders to have captained a huge international commercial flight.  Residents shared the exciting news and photo of Glinton over social media, thrilled at the accomplishment for the TCI and the young pilot.

Captain Glinton flew American Airlines flight 623 into the PLS on Wednesday (March 31) and exited the territory with flight 748 to Miami, where the flight originated.