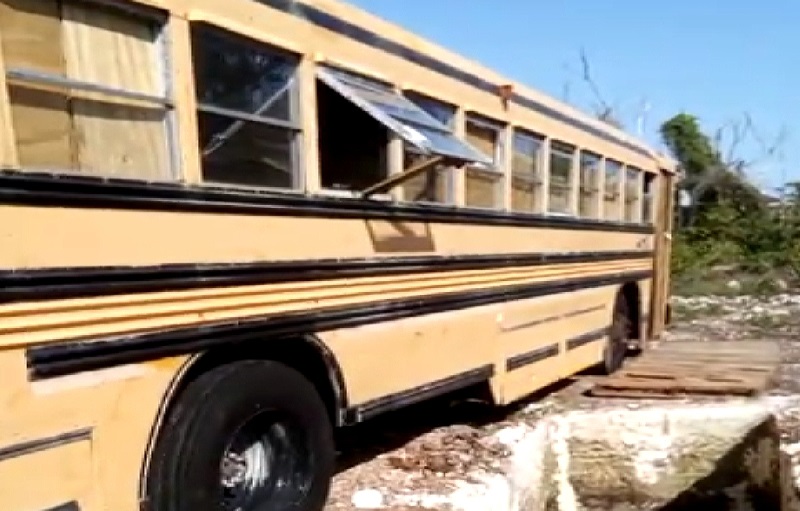 #TheBahamas, April 20, 2021 – On 19th April, 2021 a joint operation consisting of officers from the Department’s Abaco District, the Royal Bahamas Police Force, and officials from the Departments of Housing and Environmental Health, led to the arrest and subsequent conviction of three (3) Haitian adult male migrants.

An official complaint was lodged with the Department after a video made the rounds on social media of a school bus that had been converted into a dwelling home for suspected illegal migrants in the Dundas Town, Abaco area. The team investigated the complaint and found three (3) males, later discovered to be Haitian migrants onboard the bus. The trio attempted to evade custody, however, did not make good their escape.

The men were cautioned and transported to the Immigration Marsh Harbour Office where further investigations revealed that they possessed no legal status in the country. All migrants stated that they entered the country via boat in December 2020. They were arraigned in the Magistrate’s Court on the island before Magistrate Ancella Evans, and pled guilty to the charge of Illegal Landing. Upon conviction, migrants were ordered to remain in Immigration custody for deportation having been fined $300 or in default of payment, serve one (1) month at The Bahamas Department of Correctional Services.

It is expected that the Departments of Housing and Environment Health, or any other relevant agency pursue legal recourse for infractions of any other laws with respect to this initial report.

The Department thanks the public for your support and assistance in matters such as this, and further reminds you that The Department of Immigration is committed to carrying out the mandates of our agency to combat illegal migration by establishing effective border control management to ensure compliance with the Statute Laws of our country. For further information, you may visit our website at www.immigration.gov.bs or call our hotline anonymously at 1-242-502-0574.