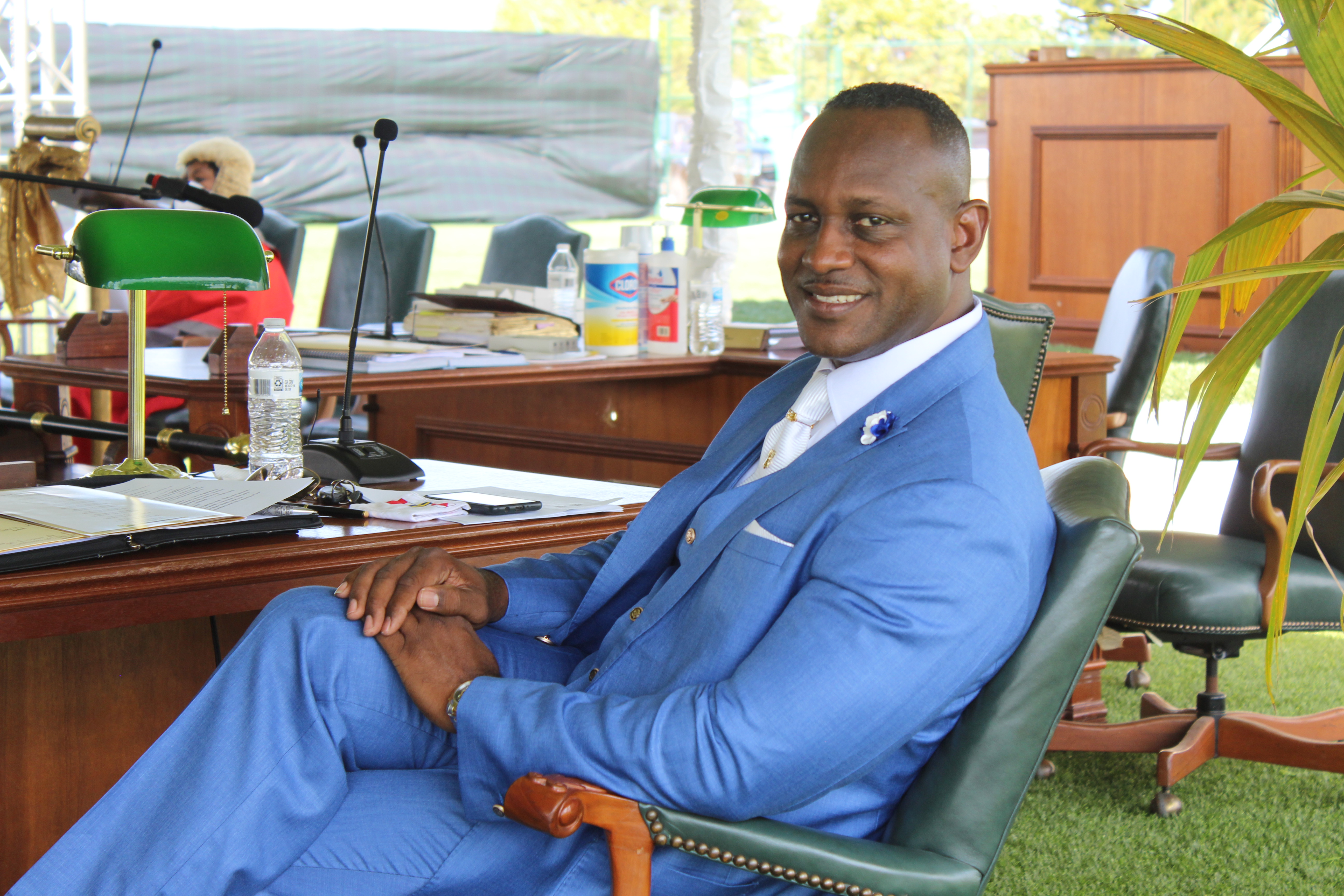 #TurksandCaicos, March 8, 2021 – The results of the 2021 General Election demonstrated that Turks and Caicos Islands’ people want more, said Hon Edwin Astwood, Leader of the Opposition PDM who for the first time after being sworn in addressed the nation in the first sitting of the first meeting of the first session of the 12th legislature.

“We must all, sitting on both sides of this House, expect more from each other and more from ourselves.  This is particularly true, in light of the last General Elections.  Turks and Caicos Islanders want more and as we intend to be the strongest opposition in the history of our country, we will ensure they get everything – our people get everything that was promised to them.”

The lone winner for the People’s Democratic Movement following an devastating defeat for the PDM, informed audiences tuned in via radio, internet and individuals in the gallery that the plan of the PDM team is to offer constructive solutions and to work with the government on the pressing problem, but watchfully so.

“Mr. Speaker that does not mean we will compromise the principals and tenants that our PDM party was founded on; Mr Speaker, the people have spoken.  The PNP government won the strongest mandate in our country’s history.  The people have sent a clear message the demand for a fundamentally new approach to solving problems of the day is well received by myself as Leader of the Opposition (LOO).”

Astwood, as the former Minister of Health, had become a key PDM government spokesperson amidst the Coronavirus Pandemic and said while there were gains, the people in the power of their vote demonstrated the PDM Administration’s solutions did not come soon enough.

“Mr. Speaker, we have seen the hurt of our people and even though some progress has been made it has not come fast enough to address their needs and the needs of those greatly impacted.  Mr. Speaker, one of the wonderful things about democracy is that when the people are unhappy, it is their right, their obligation and their duty to express their unhappiness much to the regret, most times to the incumbents.  Mr. Speaker, our obligation as the official opposition is that we will make sure this Honourable House sticks to the principals, beliefs and consents that would move Turks and Caicos Islands forward.”

The People’s Democratic Movement is also represented in the House of Assembly by Hon Alvin Garland, an attorney at law and the party’s appointment member to the Chamber.

“None of these seats in this Honourable House belongs to any of us, instead, it belongs to the People that put us here.  Mr. Speaker, our people sent us here to get to work to ensure that our country works for them, their jobs, their livelihoods, their cost of living, their healthcare, their environment, the safety of our communities and the security of our country,” said the Member for Grand Turk South and Salt Cay on Swearing in day, Friday March 5, 2021.

Over 28 thousand people have watched the four hour ceremony at the Office of the Premier’s Facebook page alone.