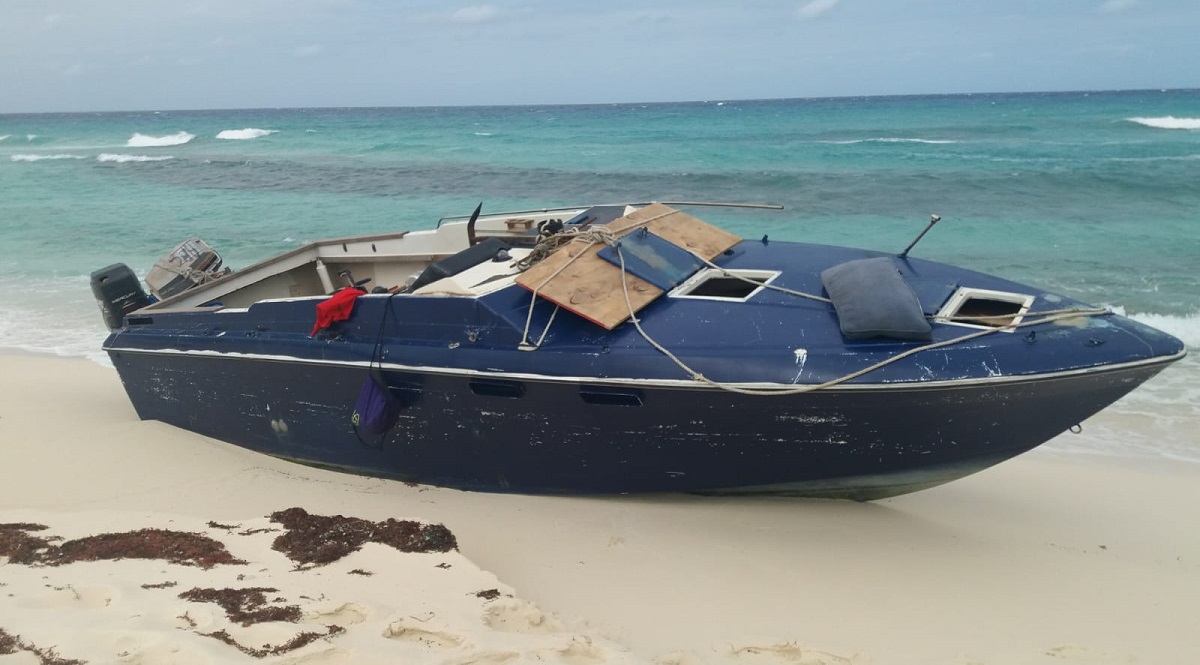 TCIG PRESS RELEASE: On Saturday, March 6th, 2021, Officers of the Royal Turks and Caicos Islands Police Force were dispatched to the Long Bay area following reports that an illegal vessel had made landfall.

According to the Police Control Room, around 9:08 p.m., a police unit intercepted a white Lincoln Navigator vehicle after a high-speed pursuit along the Long Bay Road with suspected irregular immigrants onboard. Seven irregular migrants were arrested, including the driver of the said vehicle. Tactical Unit officers provided support in detaining an additional 11 irregular migrants.

A total of 18 Haitian nationals (6 females and 12 males) were handed over to Immigration Officials for processing and repatriation. Marine branch officers towed the suspected illegal vessel to the marine base for further investigation. March 6TH March 7TH ILLEGAL VESSEL MAKES LANDFALL SUNDAY Around 11:00 p.m. on Sunday, March 7th, 2021, M/V Sea Pursuit, while patrolling South of the Bluff, Marine Branch Officer responded to a report of a target of interest on the west coast of Providenciales; unfortunately, the Illegal Vessel made landfall.

A ground response attended the area; however, the illegal vessel was abandoned on Malcolm’s Beach. Anyone with information on both incidents can call 911 or anonymously utilize the Crime Stoppers Hotline at 1-800-8477.