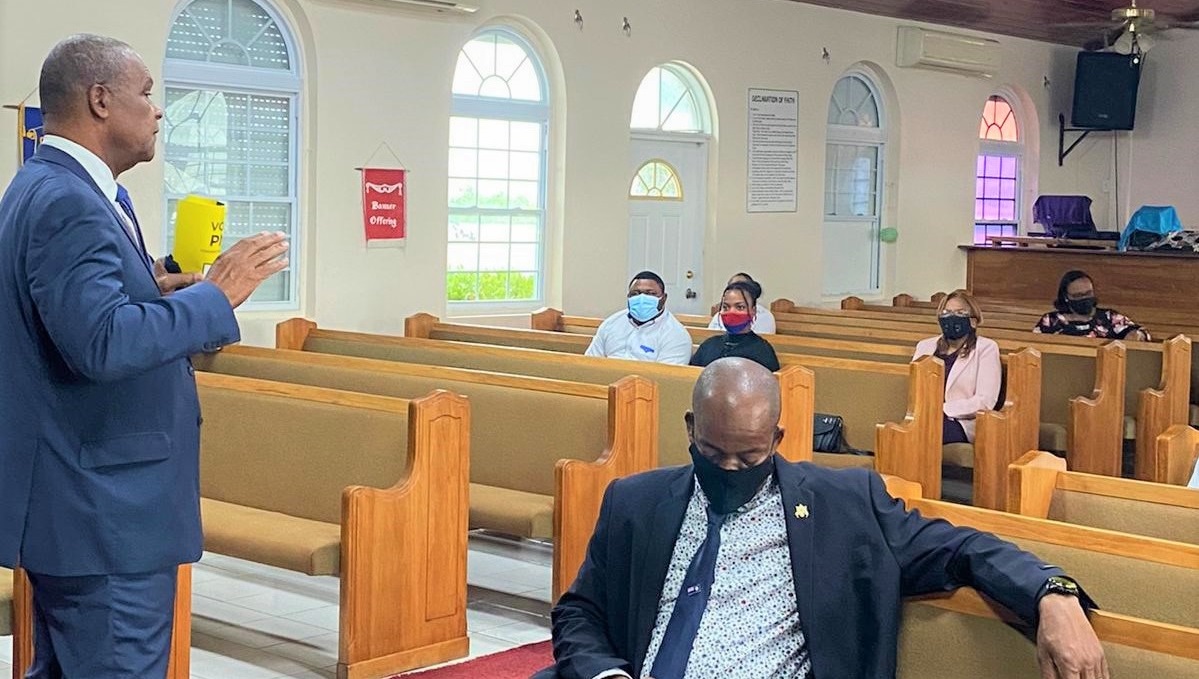 #TurksandCaicos, March 18, 2021 – The Premier Honourable Charles Washington Misick met with members of the Clergy on Thursday, 11 March 2021 at the New Testament Church of God, Grand Turk.

Representatives from various religious denominations were invited for an introductory meeting to hear from the Premier and to discuss areas of concern as it relates to matters of the community.

During the meeting the Premier shared plans to introduce a new Department of Religious Affairs which will oversee and liaise with religious leaders to enhance the Turks and Caicos Islands Government community outreach strategy, programmes and other critical partnerships.

Clergy members expressed the desire to enhance rehabilitation outreach, programmes and increase in employment opportunities for young men. The Premier reassured that the development of rehabilitation curriculums is a priority plan for the Turks and Caicos Islands Government to function as a deterrent for crime and repeat offenders.

“Members of the Clergy play a vital role in the growth and development of our country. My Government will strengthen our relationship with religious leaders who are influential individuals in their respective communities. Working along with the Clergy across the Turks and Caicos Islands, it is the goal that we bolster community-government engagement and partnerships to guide our policy decisions, education and training opportunity offerings; and to aid in effective and engaging programme creation,” said Honourable Charles Washington Misick.

Premier Misick further added, “This meeting was an open conversation with some of the religious leaders across the islands. I intend to hold several other meetings with members of the Clergy in the remaining islands over the coming weeks. I will hear their concerns and share my Government’s plans for the next four years. This first meeting was a success and I look forward to engaging further, with a focus first and foremost on the well-being and betterment of the lives of the people of the Turks and Caicos Islands.”