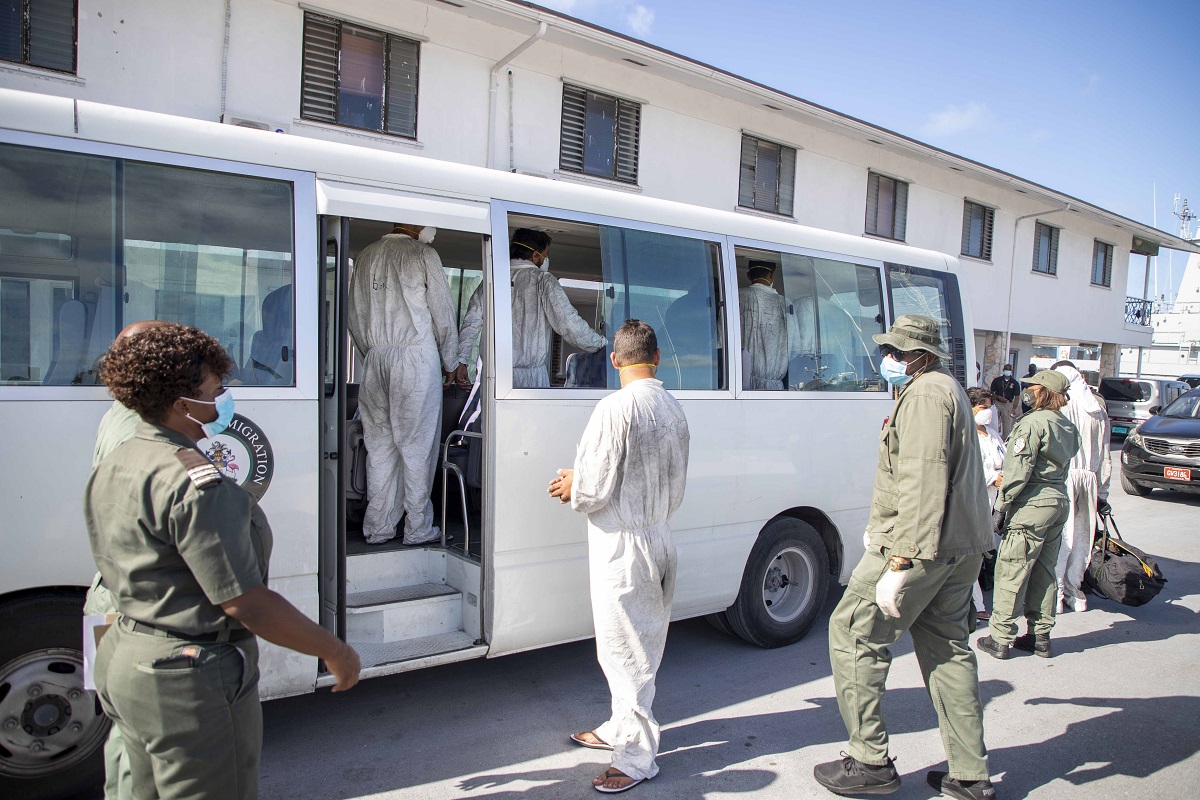 Coral Harbour Base, 29 MAR. ‘21 (RBDF): Several Cuban nationals are being detained at the Carmichael Road Detention Facility after they were picked up in the Southern Bahamas by members of the United States Coast Guard Cutter (USCGC).

USCGC Charles Sexton apprehended the Cuban migrants onboard a small wooden sail vessel approximately 14 nautical miles west of Dog Rocks, in the Cay Sal banks. The foreigners were handed over to the Defence Force patrol craft, Her Majesty’s Bahamian Ship LEON LIVINGSTONE SMITH shortly after 7:00 am Sunday, March 28, 2021, where they were brought into the capital early Monday morning. The Cuban Embassy in The Bahamas has since been notified of the incident.

This is the third group of Cuban nationals to be apprehended this month. On Wednesday 3 March, six individuals were taken aboard a US Coast Guard cutter after they were captured on Anguilla Cay. The following day, HMBS DURWARD KNOWLES spotted a capsized vessel in waters approximately 3 nautical miles south of Cay Sal and retrieved thirteen Cuban nationals, including a deceased male.

The Royal Bahamas Defence Force continues to patrol and protect the territorial waters of The Bahamas.