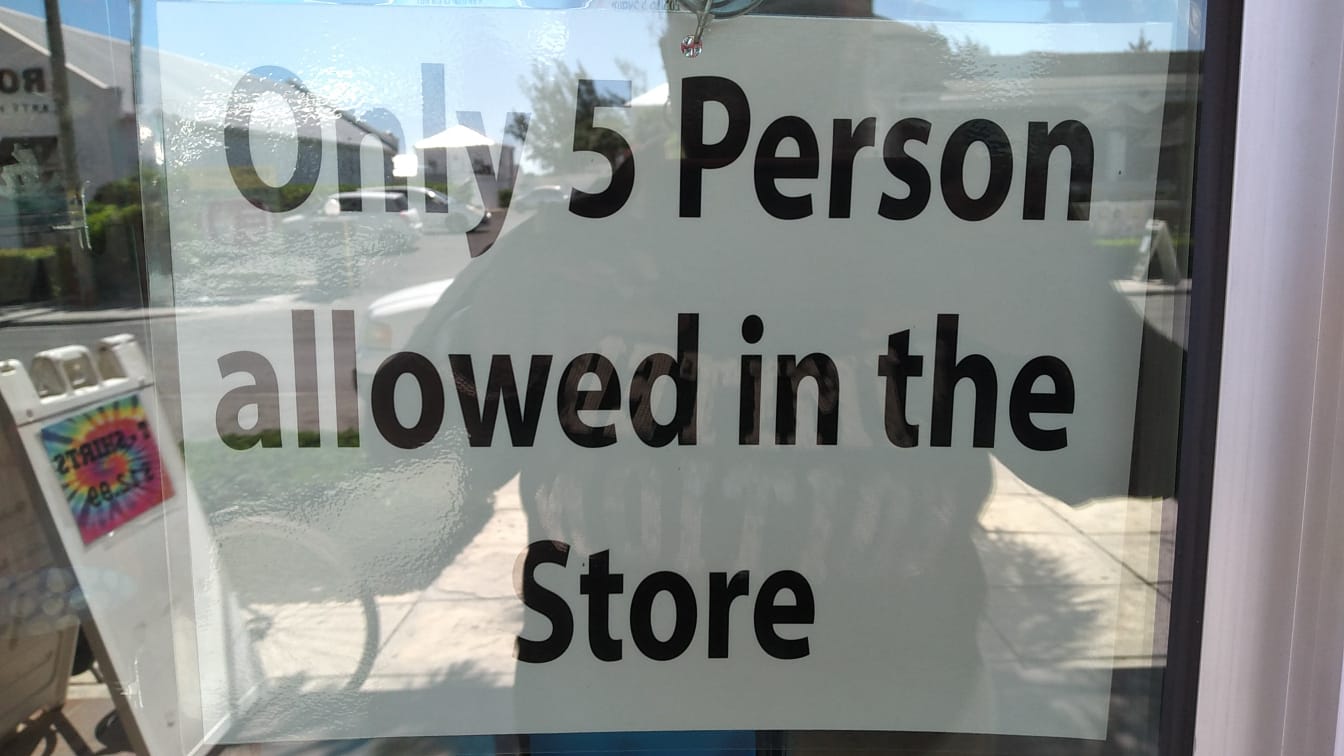 #TurksandCaicos, February 13, 2021 – A souvenir shop owner in Grace Bay was stunned by a ticket which fined her the maximum $5,000 for not having a sign posted to say how many people are allowed into the store at a time; and even more stunned that officers seem to pick and choose who faces the fine and who does not.

“I am not being treated fairly.  I feel singled out, I feel like nobody cares for the local businesses.  After the ticket, I took it upon myself to take videos – over 30 different stores – where there is no sign informing of capacity.”

Tropical Tees & Things has been open ten years in Grace Bay at the Regent Village and its owner, Chevette Capron has taken her concern to authorities at the Ministry of Heath, Royal Turks and Caicos Islands Police and elected government officials only to be told to fight out her complaint in court.

“When I prepared my business to be allowed to be reopened, no one told me that I had to have this sign.  I have never seen this sign around and was unaware I needed this sign.  When I was approved by Health inspectors to reopen last year about two months before we brought the flights back in, I was given a list of things I needed to do to comply.  I did those things and my approval to open was granted.  I was fully compliant.”

Mrs. Capron said she installed signs for social distancing, signage for face mask and covering and sanitization station was set up in the store.  At no point was she asked to erect a capacity sign.

“I later learned that it is advisable to inform the store owner about these small infractions before issuing a ticket.  The officer said he told the cleaning lady about it.  Unfortunately, the lady I have to clean up does not speak English and did not pass that message along to me.

I was also told that the $5,000 fine is meant for big businesses which break the law.  I am not a big business; my store size is 720 square feet.  I feel I have no representation and I feel the government is not looking out for the small business person. Our businesses are being crushed.  The Department is responsible and should be making sure the business owners are aware of the changes and breaches.”

Changes in the Public Health Regulation during the Coronavirus Pandemic have been many.  Dozens of lists of the constantly updated requirements are issued, some never make public  publication.

“I have been looking for the notice and no one can find it. I was actually told to fight it out in court.”

Capron, who prides herself on being a law-abiding citizen said that approach does not sit well with her.  Chevette Capron believes a judge would be compelled to deliver a verdict and fine based on the written law.  Although there are lesser fines, because of the lack of clarity about the regulations; Tees and Things could end up being ordered by a court to pay the $5k.

“I’m not asking for a handout.  If I should have had the sign, then be fair and give me the warning.  Be fair and give me a fine that suits my business size and the infraction.  The fact that you’re going to take this harsh approach is just heartless. “

Mrs. Capron explained business remains very slow; only pulling in about 10 percent of former revenue.  She works in the store herself, as a cost-cutting measure.

Tropical Tees and Things now has the sign with her capacity in the shop window.  The promise is the dispute the ticket.