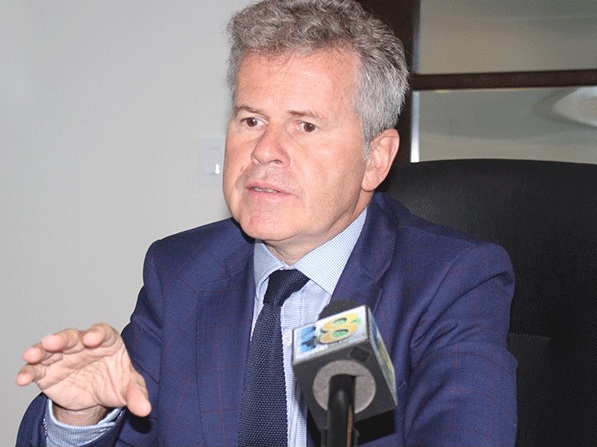 PRESS RELEASE:  On Friday, 19th February, the electorate of the Turks and Caicos Islands go to the polls to select a Government to lead the Territory through the next four years.

This will be an election like none have so far been. It’s taking place at a time of pandemic when there is community spread and when the COVID numbers are high. To prevent those voting, who are either COVID positive or in quarantine, would have undoubtedly significantly impacted the election result, hence the political, health and good governance consensus that their right to vote must be protected and honoured.

To do that you will see changes.  The election workers will be in full PPE and working behind Plexiglas screens.  You, the electorate will be asked to strictly adhere to all the protocols in place, to socially distance and to ensure you spend the minimum amount of time in the vicinity of the polling booth.  The election count will take longer than in the past and so the result will likely be known later than usual. Polls close three hours later in Providenciales than is normal and there are precautions that have to be taken in terms of protecting those involved in the count that will add time.

Elections are quite rightly moments of excitement and expectation but we ask all those participating in the election to be mature, considered and considerate to your fellow citizens. I’d ask the candidates, those actively supporting the candidates and of course their supporters to remember that the population are voting, amongst other things, on who will manage the next phase of the COVID pandemic, so please do not only be responsible, but be seen to be responsible.

The candidates have their agents able to observe the process and I have asked for two different teams of on-the ground election observers to be present in the Islands: CARICOM and the   . Washington DC based ‘International Foundation for Electoral Systems’ are already here and you will see them throughout the Islands tomorrow. The Commonwealth Parliamentary Association is also conducting a virtual observation of the election. All three will produce reports.  I, myself, intend to visit every Island on election day so I can witness the election first hand.

Two final points. The first in regard to ‘treating’. As the Supervisor of Elections has already made clear, this is an illegal act. If a candidate has offered you a financial or material inducement to vote, for them, at the very least you have been given wonderful evidence of why you should neither trust them, nor vote for them.  If a candidate has attempted to buy your vote you now know that this person: someone who wants to sit in the legislature; someone who the Territory will rely on to pass laws; to scrutinise legislation; to oversee government spending; someone the Territory will rely on to enforce the rules and fund those that do; are quite prepared themselves to break the law.  In the privacy of the polling station don’t vote for someone you know by their actions, rather than their words, are corrupted and corruptible before the next government is even formed.

Finally the overwhelming message is – if you have the vote, then use it.  Those who are Turks and Caicos Islanders are rightly proud of their heritage and a defining part of Turks and Caicos Islanders status is the right to vote.  Don’t be deterred from voting. Many people have worked hard to ensure the right you have, is a right you should be able to exercise and enjoy on 19th February. Every single vote here matters, and if it is cast we will ensure that every single vote is both counted and therefore counts.

I end by offering my very best wishes to every candidate, be they independent or hold a party affiliation while offering thanks for the amazing amount of work done by those who organised, those who will oversee, administer and assure the election.