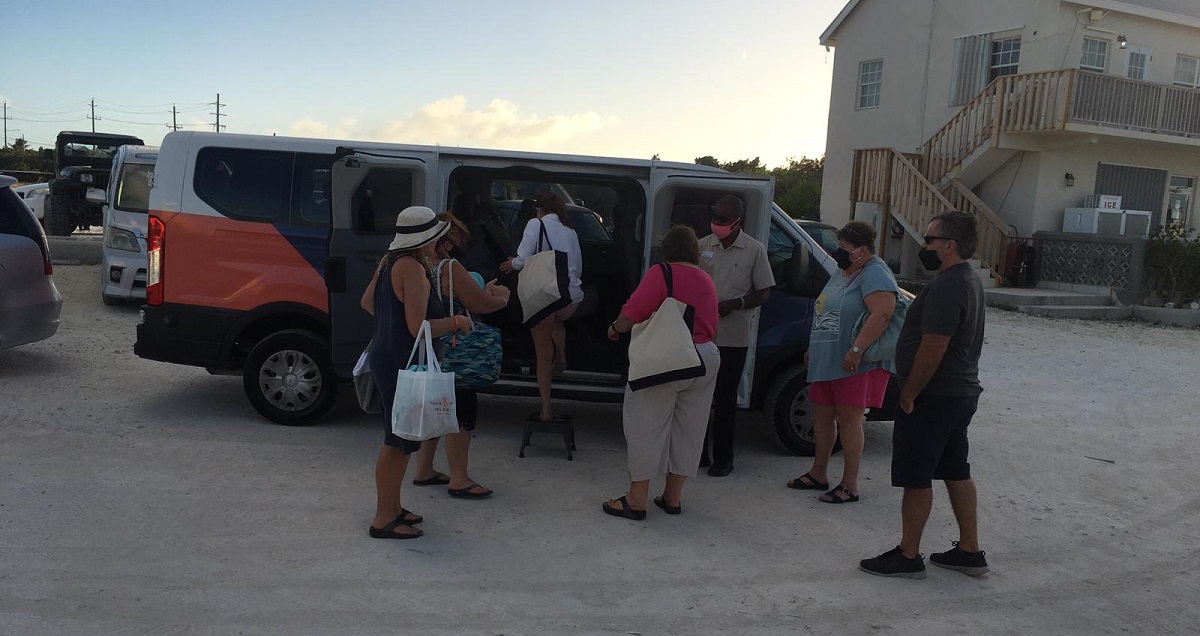 #TurksandCaicos,February 13, 2021 – Public Service driver license holders say the times are just too rough economically for resorts to be allowed to breach Road Traffic rules and act as taxis, which cuts down on jobs and incomes in an already depressed industry.

“Stop it!  Because we are already at a disadvantage right now.  We are all looking to feed our families and we are paying our business licenses and you’re taking away from local drivers.  You’re breaking the law,” said a driver who reported what was seen to our news organization and relayed what needs to happen.

“Drivers are at all of these resorts and watching what is happening to them; it is unfair.”

It is unfair and it is illegal, agreed Wilbur Caley, the director of the Road Safety Department which licenses motor vehicles.

“I have just written to two resorts about this very complaint.  In the letter I have informed the resorts that the are in breach of Section 5, subsection 2 of the Road Traffic Ordinance,” said Caley in a telephone interview.  “My advice to them was to cease and desist.  You simply cannot do it and I have copied the Royal Turks and Caicos Islands Police and the TCI Tourist Board on the reported violation.”

The fine for breaking this law is $1,000 and in extreme cases, the license of the complimentary vehicle could be suspended by a court of law.

“There are 300 drivers and since Covid-19 and the country’s reopening, we have not been seeing the same number of tourists.  We are at about 30 percent of the business we had before the pandemic hit. If we are lucky, we get one job a day now and the load is cut in half.  We used to be able to take 10 passengers, now it is five people which is 50 percent.  So we are earning a lot less.“

The driver speaking to Magnetic Media said the new curfew  which runs from 6pm to 6 am is also hurting them too.

“There are drivers who worked mainly at night; I would say they’ve lost 40 to 50 percent of income because they no longer have those dinner runs.”

The Ford Transit and the Chevy E350 are the transport vehicles of choice for taxi drivers in the ground transportation industry.

“What you could have made in one day, now you have to work two to three days and you have to re-fuel and fuel is more expensive.”

Public Service Drivers have also embraced the changes in health protocols to fit this post-COVID era.  Capacity is reduced by 50 percent; drivers must wear gloves and face covering; there must be sanitizer for use when people enter and exit the vehicles and the electrostatic foggers – which were donated to the drivers by Beaches Resort – continue to be useful.

“We use the foggers between runs.”

Complimentary vehicles, owned by resorts are only permitted to shuttle guests between properties.