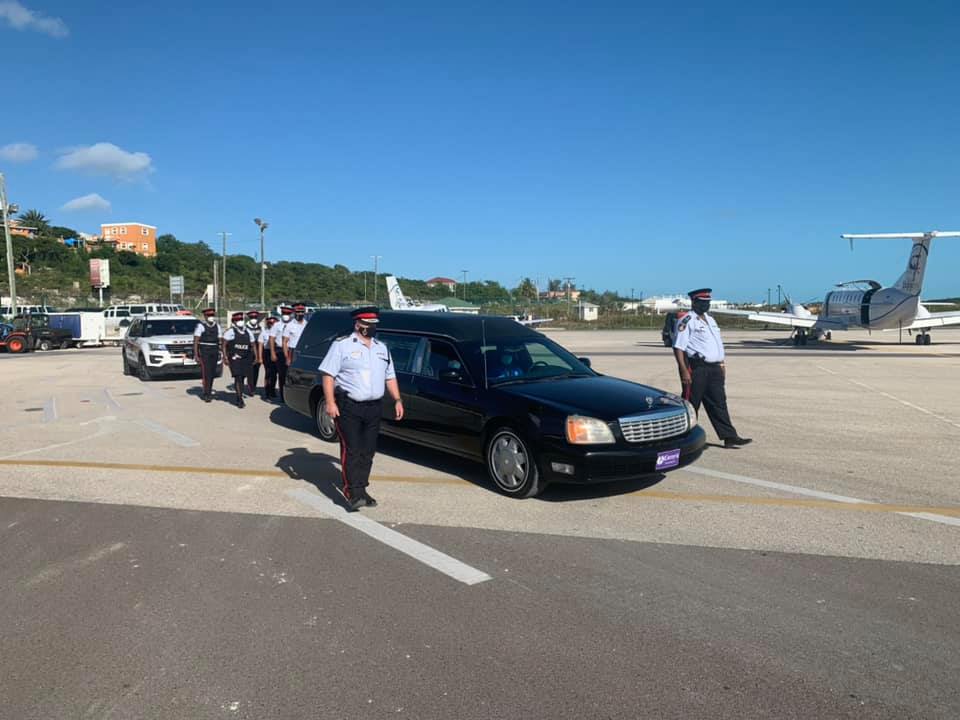 #TurksandCaicosIslands, January 29, 2021 – The member of the Royal Turks and Caicos Islands Police killed due to complications of Covid-19 was on Wednesday flown out of the country to Jamaica, where his body will be cremated.

Police Constable 329 Cydric Balanag’s body was given a military-styled send-off; salutes were captured in photographs as the casket slowly travelled along the conveyer belt into the cargo hold of the interCaribbean Airways Embraer 120, bound for Kingston.

The plan, before his passing and once it was noticed that he was gravely ill, had been to airlift PC Balanag to the Dominican Republic for further medical care.  However, respiratory problems prevented a departure and despite efforts to bring him back; the 37-year-old slipped away.

We are informed that his wife Kristine-Marie, remains “quiet” about the tragedy; appearing to be in extreme shock at the loss of her husband.

Balanag is from Toledo City in the Philippines and home is where he will return.

Mrs. Balanag, an employee of Graceway Supermarkets and his 16-year-old daughter, Kryzdia, a student of British West Indies Collegiate have accompanied their beloved husband and father to Jamaica.  They are due back into Providenciales in nine days’ time, for a memorial and eventual departure back home to the Philippines.

Cydric Balanag was attached to the Grace Bay precinct.  He died on Saturday January 16 and is recorded as the seventh person to die of Covid-19 in the Turks and Caicos Islands.