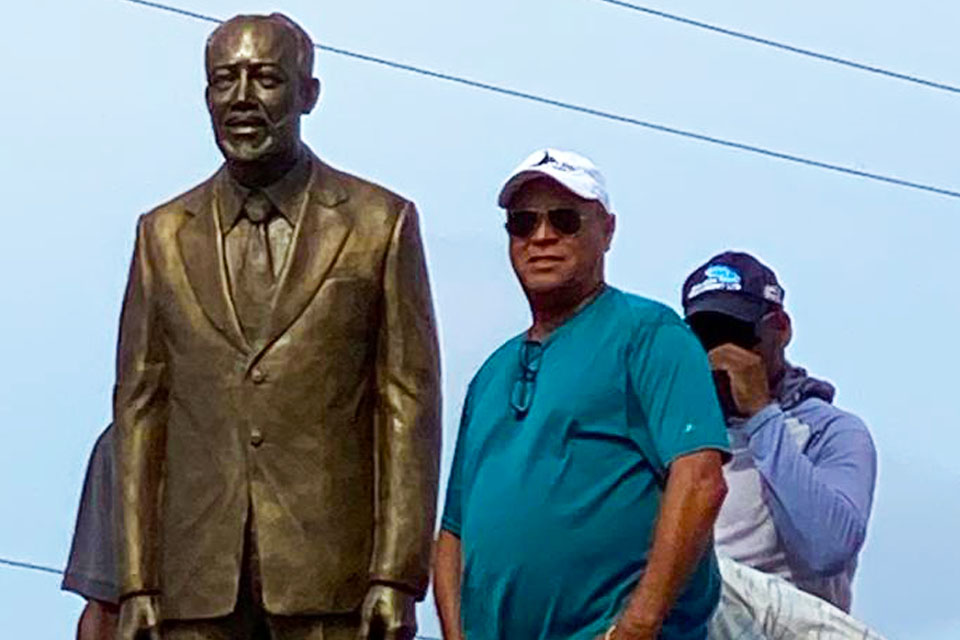 Mr. Missick remains a true philanthropic to the Turks and Caicos Islands through his countless contributions to the economic and social development of the TCI.

This monument structure in honour of the Right Excellent will stand as a symbol of National Pride. Honourable JAGS McCartney was the First Chief Minister and National Hero of the TCI who has made great contributions to education and to the development of politics in the Turks and Caicos Islands and the growth of our nation.

The Office of the Premier, Local Government and Community Affairs through its Community Enhancement Programme will see the continuation of efforts to promote national pride in the installation of a second JAGS McCartney monument at the JAGS McCartney International Airport in Grand Turk.

A separate initiative pursued under the Premier’s Office will see the erection of another Statue in Providenciales. All Monuments are currently in country.