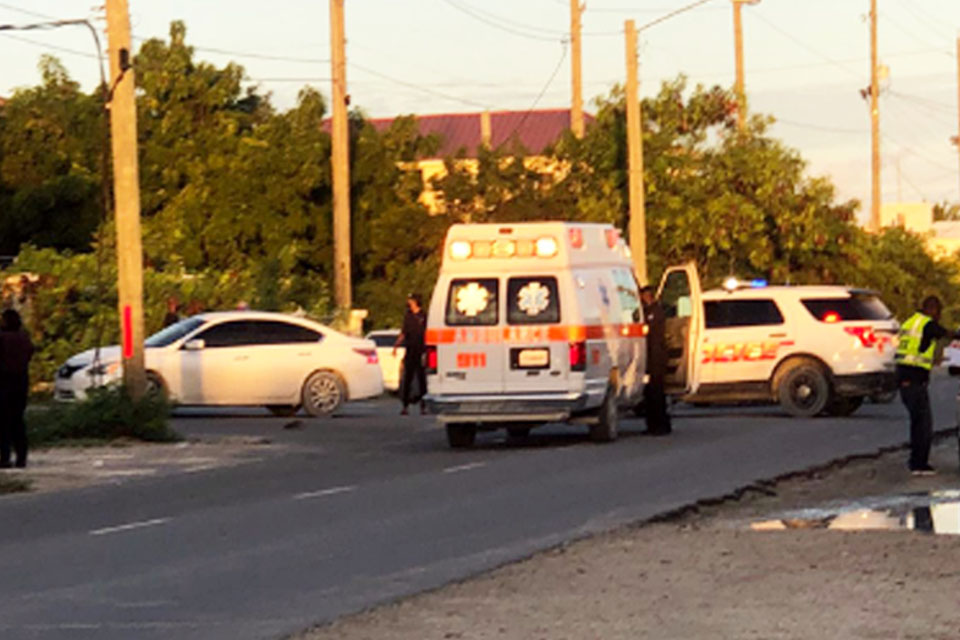 #Providenciales, November 23, 2020 — A shocking silence now settles over the Blue Hills community as yet again, news of the death of one of its patriarchs is shared over social media. It was the usual early morning walk for a 77-year old businessman and long -time Turks and Caicos resident, but a set of unusual events would lead to the old man being struck by a motorist with his walking companion who is now hospitalised, said to be with non-life threatening injuries.

The very popular and beloved man was killed and seems to have died at the scene.

Police inform that its Traffic Unit is investigating the horrific accident which took place around 5:49 a.m. (Monday November 23) and police say the accident was caused by one car.  That driver remained on the scene of the accident and is now arrested, in police custody facing charges of Causing Death by Dangerous Driving and Dangerous Driving.

The freakish nature of the car crash evoked questions and alarm and demands.

Questions about how it could happen.  Alarm about who was involved and the final moments for such a loving family man and demands for safer walking infrastructure, like sidewalks to run the full length of the community on all of its main roadways.

We are withholding the identity of the deceased until it is certain his family which is both here in Turks and Caicos and his native Jamaica, are informed of the sudden, shocking passing.

Blue Hills, on May 3, 2020 lost Bro Percy Williams, gunned down in a botched armed home invasion; he was 77-years old.

Also in May, former Deputy Chief Minister of the country, Hon Hilly Ewing died at the age of 90-years old; his death was due to illness.

And now this; the unthinkable has brought grief again to the family which has experienced heart-breaking losses in recent years to both terminal illness and violence.

Though Police describe the incident as involving just one vehicle, other reports strongly suggest there was a second vehicle which caused the deadly collision and then fled the scene.  It was said the driver, irresponsibly made a U-turn in the street and a second car, in an attempt to avoid crashing into him instead careened into the two walkers.

Residents who wait to hear more about this morning’s tragic accident want the police to find out exactly what happened and put an end to the speculation, and they want Government officials to also end the unsafe conditions for pedestrians in Blue Hills and Wheeland.