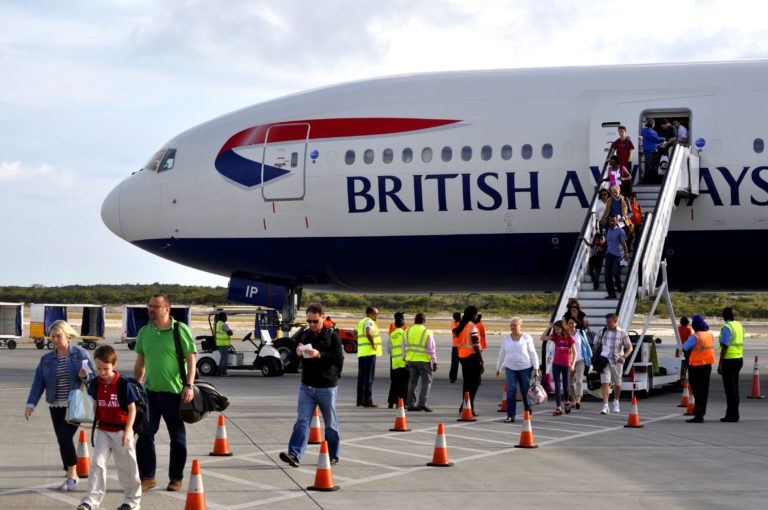 #TurksandCaicosIslands – October 29, 2020 — It’s official. British Airways will not be resuming flights to the Turks and Caicos on November 1 as had been advertised and at least one resident believes it is linked to Turks and Caicos still being off the list of destinations where quarantine upon return home to England, is not mandatory.

Weekly updates by the UK on travel safe countries continue to keep TCI off that list despite having only single digit active cases and with testing at 11.5 percent of the population.

The UK’s COVID-19 testing rate is around 10 percent.

While Turks and Caicos has been working to wiggle its way into the good graces of New York, which has also activated a mandatory quarantine for travelers returning from the islands; there has been little information on what action is being taken about the UK’s designation of TCI.

Now, the TCI loses its most direct link to London’s Gatwick airport.  British Airways has blacked out November bookings on its website, and offers tickets beginning in December.

The situation is much different for the Antigua and Barbuda leg of this popular Caribbean commute; it remains serviced.

Antigua and Barbuda has double the active cases, currently with 16 coronavirus patients.  However, the country has kept overall infection low with just 124 positive diagnoses amongst its 96,000 residents; three people in Antigua and Barbuda have died as a result of the virus.

Turks and Caicos, with a smaller population of 37,600 has charted 703 positives for the coronavirus and six people have died from the infection.

Magnetic Media did reach out for comment from the Governor’s Office; we await a reply.