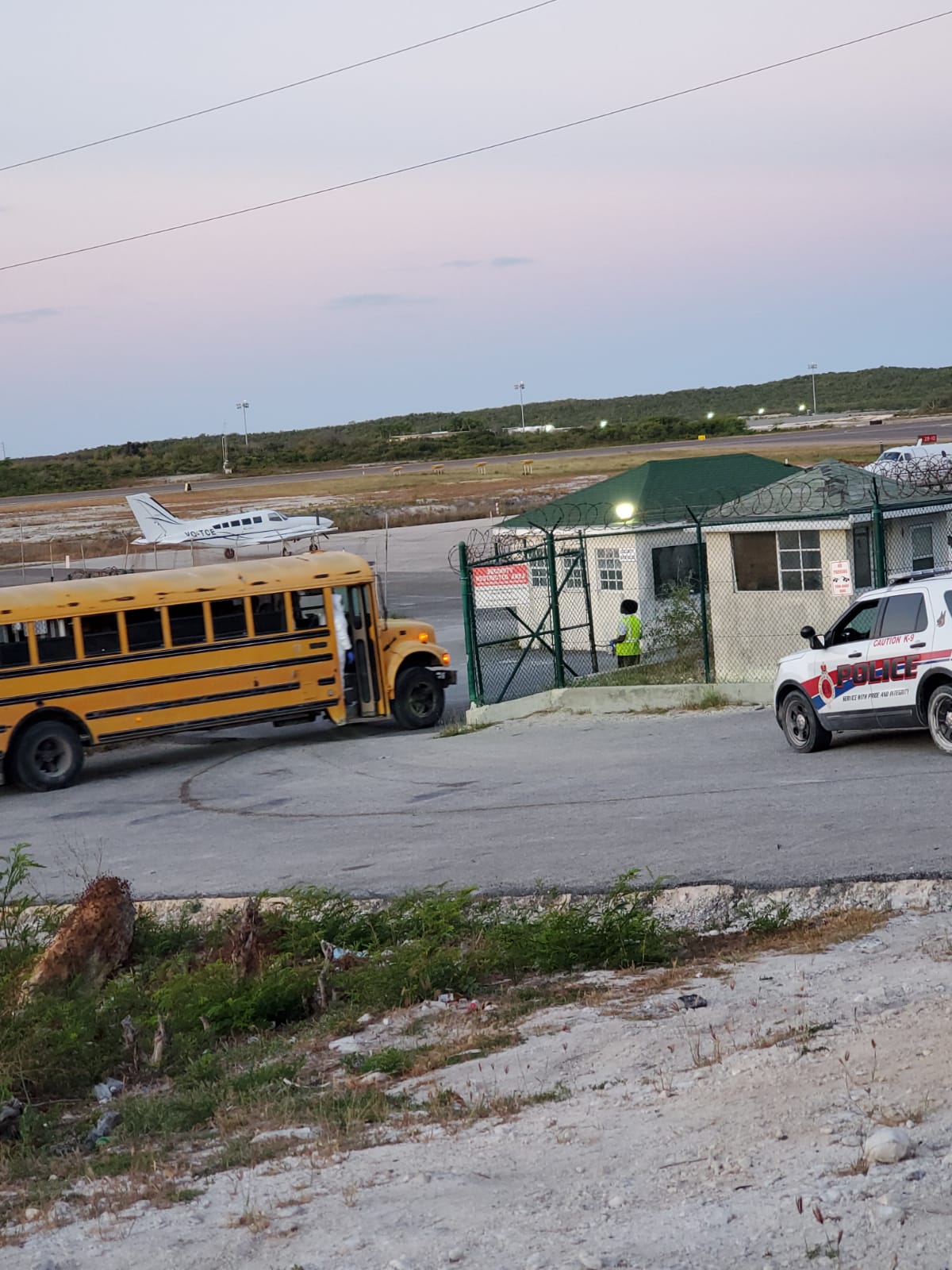 Airports for both countries have been closed to visitors due to the COVID-19 pandemic , but on Sunday those airports were opened. From the Turks and Caicos multiple flights to Cap Haitien and in cell phone video shared on social media, the men and women are seen disembarking chartered flights and mounting chartered buses or Tap Taps (as they are called in Haiti) to be returned to their villages.

Earlier in the week, the US Coast Guard via OpBAT helped the TCI Police Marine Branch turn back a boat with some 300 illegal migrants, trying to break-out of impoverished Haiti.  People Traffickers are obviously aiming to take advantage of these precarious times brought on by the contagion which has sickened over 1.3 million people worldwide.

But law enforcers in TCI stand ready.  Minister of Immigration, Delroy Williams said this in a media release:“Soon you will hear of measures being put into place to protect these islands and its people. Measures such as but not limited to:- time limits on work permits; the closing down of first time work permits; enforcement operations and raids crafted to rid these island of illegal migrants”.

The Minister also pointed to the current Haitian consul office and questioned its practicality in the territory.

“The time has come when we must ask if certain Consuls are welcome here! I have had enough of this illegal problem and vessels landings and I am sure the people as well. So note if anyone found with illegal immigrants whether at their residence, personal vehicles or place of work, shall be persecuted to the fullest extent of the law and those who are on work permits or other permits, recommendations shall be made for these status to be revoked.”

The Minister reiterated the law; that anyone found with illegal migrants will feel the full weight of of the hefty fines up to $20,000 and jail time of up to four years or both.  Minister Williams asked residents to remain calm and to report sightings of migrants.

Images of inside the temporary detention center, overwhelmed by the 170 illegal migrants caught on Saturday proved the onslaught was too much to handle and the flights were arranged with interCaribbean and Caicos Express airline companies, both based in the TCI.

By the end of the day on Sunday, all 225 illegal Haitian migrants were repatriated.