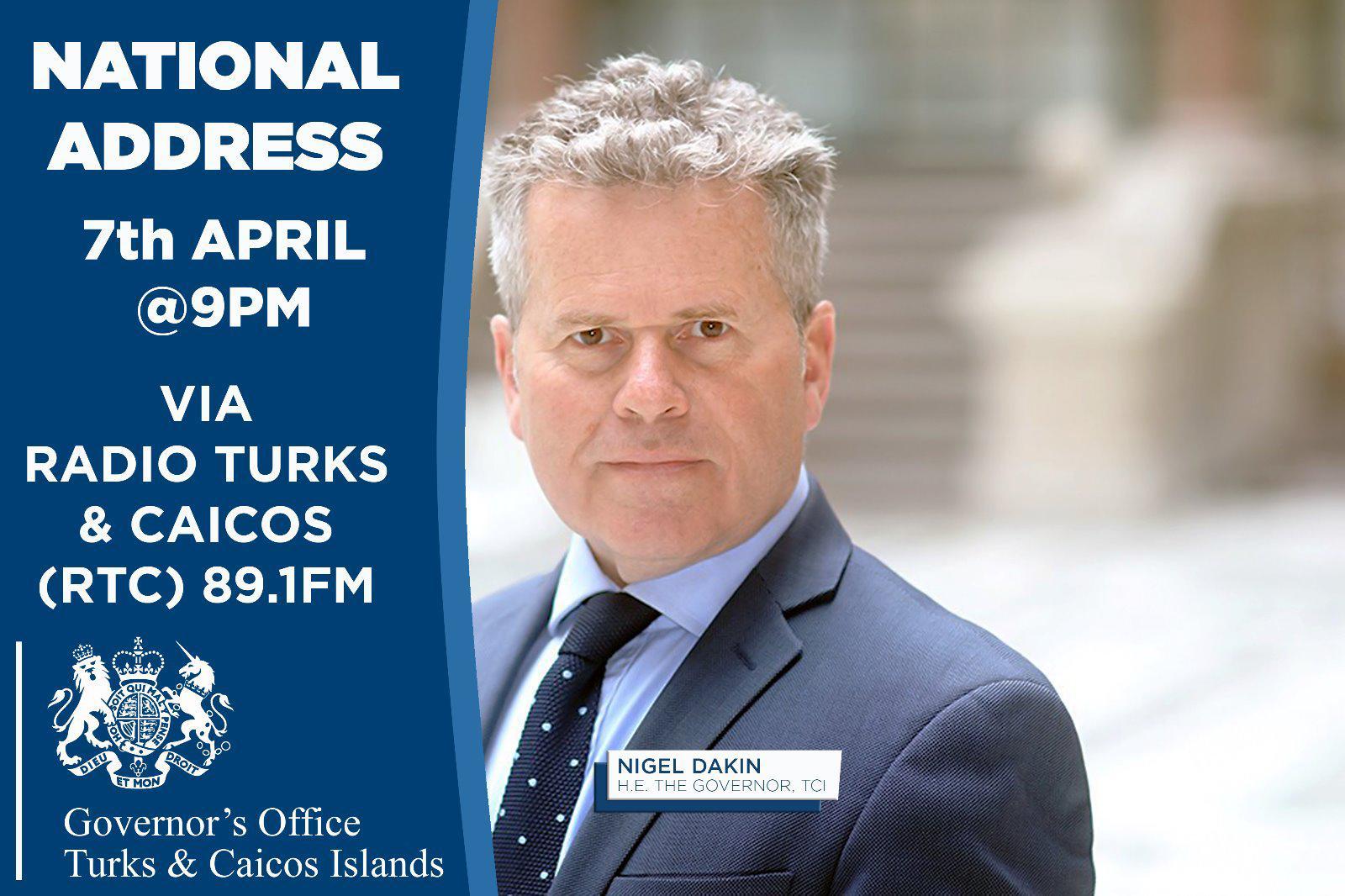 A short but important announcement this evening.   We’ve now been in curfew and lockdown for 11 days. From a national perspective, it’s going well and we are grateful we have strong public support for which myself, the Premier, the Cabinet and the police want to say thank you.

The weekend we are approaching – the Easter weekend – is traditionally one where business activity slows considerably.  In the belief that you will meet us half way we want to use this Easter period to just slow, still further, the amount of movement and comingling on the Island.

Let me start by saying what I’m not about to announce is a confirmation of a rumor that started to circulate today that Cabinet was going to order a complete lockdown over Easter. That was false; we are not.

Over this Easter period, you may still exercise in the morning and evening, within the set times, and if you hold a specific exemption – such as needing to care for someone that needs care – you may attend to their needs.  But you must have an exemption.

There will also be some businesses that will still function and they are obvious, medical facilities including doctor’s offices; hotels where guests are in residence; ferry services for emergency cases; commercial aviation, airports and security service businesses.

But beyond those we are though going to close down all other businesses for two and a half days. This will be the afternoon (starting at noon) on Maundy Thursday, 9th April, all of Good Friday (the 10th April) and Easter Sunday (12th April).

Over this Easter period essential businesses that have been operating during this period of lockdown may operate on Saturday 11th April and Easter Monday 13th April.

I’ll say that again. All businesses will be closed from after ‘noon’ on Thursday. They will stay closed on Friday. They will open on Saturday, close on Sunday, open on Monday.

We do this for two reasons.  We have eight confirmed cases on the Islands and we now have evidence of on-island transmission. In other words, a small number of these individuals had no travel history and so they have been exposed on the Island.

In a measured way we want to yet further put distance between our population at the places our population most come into contact with strangers, or indeed friends. At present the most likely places this happens are the businesses that are open.

The second reason is that, while many have been able to have considerable time at home with family, this has not been true for our front line services.

Police and immigration officers have not only been working extremely long hours securing the lockdown and curfew, but have had the extra challenge of dealing with the interception of sloops and subsequent repatriations. Others have had long hours in other essential services where we have reduced staffing to the bare minimum.

Utilizing this Easter holiday period gives us the opportunity to let these people take a breath and seriously reduce the traffic on the road – people won’t have the opportunity to visit a business because there will be no business to visit – and that will allow our front line services some space to refresh.  There will of course be no let-up in policing, just matters will be more manageable for those on duty and our Marine Branch will remain – as it always is – primed and deployed.

These decisions were made by the National Emergency Operations Centre, chaired by the Premier and myself and agreed in a cabinet paper. Regulations have been drafted and will be in force covering this change. Tonight we will have graphics up on social media explaining, and I’ll publish the text of this address.

We are giving notice this evening so again you can use the next day and a half to prepare sensibly. There’s no need to panic buy, or rush. You’ve all worked out for yourselves that the stores are well stocked and will continue to be so. Stay calm as they say, and carry on.

Now a look ahead. Given that almost every other country in the world has extended its lockdown period it’s not unreasonable for many to ask what the Cabinet’s view will be on this, when ours expires in the middle of next week.

The answer is that the decision has not been taken, the more data we have in making this decision the better. It will though be taken this week or weekend by Cabinet, and communicated early to you, so again if preparations are needed they can be done in a sensible measured way.

The Cabinet will be strongly guided by Ministry of Health on this and we have asked for a very detailed paper laying out the case, for and against, systematically.

All in all, though I do want to say that myself, the Premier, the Commissioner of Police and Minister of Health judge overall compliance has been extraordinarily good. We are up at around 90% or above and that does give us the very best chance of defeating this. TCI you are at the moment the envy of many others in the region for the way we are all holding together on this.

Away from this I do want to call out, as at times I have done in the past, a malicious use of fake news. Imagery circulated today suggested a huge Sloop was in Provo. It wasn’t.  For those that risk their lives out on the sea stopping this happening, and for the last eight months they have an extraordinary high success rate, can you imagine how disheartening this is?

But beyond just undermining people, who I see as amongst our present national heroes, a few weeks ago this type of fake news would have been wrong – in a moral sense – because it was produced by a person that wanted to cause fear and generate hate. The difference today, under new law, is that this is now a criminal offence. As a result, a police investigation has started; I look forward to a future prosecution.

Perhaps a final note to say that the ‘Security Assistance Team’, the Premier and myself greeted yesterday, are now settled in quarantine. Myself and the team leader, Lieutenant Colonel Steve Jones, had a three-way teleconference with his commanding General today in the UK.

The team are very clear on their initial task which is to properly understand the health capacity in all its forms we have in TCI so we can support and help build greater capacity against COVID19 while, at the same time, understanding how UK military capability – which comes in different forms –can support our anti-illegal immigration operations.

The two of course link together in terms of the fight against COVID19. They have a further set of sub-tasks such as hurricane preparedness and support to building our regiment but the two main tasks will dominate.

That’s it for now TCI. Day 11 over, day 12 soon to begin. I’ve barely left the house for the last few days – and there’s a lot I miss – not least the beaches and the sea – I guess they will only be all the better when I can enjoy them again – which of course I will.

Provided by the Governor’s Office, Turks and Caicos Islands