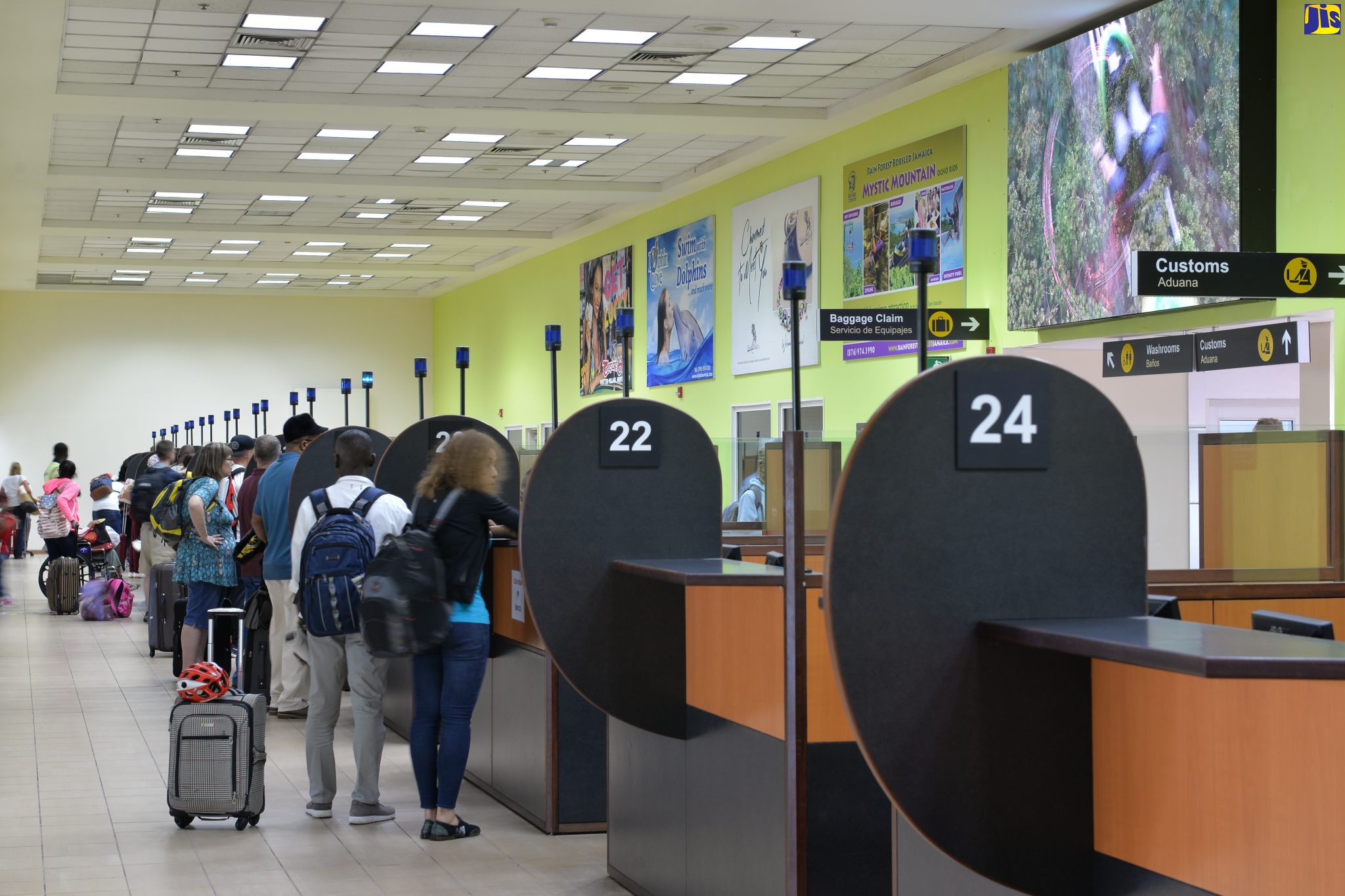 #Jamaica, March 25, 2020 (JIS News) — The Ministry of Health and Wellness is assuring the public that the required protocols for the screening of incoming travellers are being followed at airports and seaports.

Director of the Emergency, Disaster Management and Special Services (EDMSS) Branch at the Ministry, Dr. Nicole Dawkins-Wright, told JIS News that the country’s public health surveillance system has been in place long before the advent of Covid-19.

She said the system, which is used to monitor other communicable diseases, has been working effectively and that there is more to the surveillance effort than what passengers may observe.

She noted, for example that the fever scanners are inconspicuous and persons might not realise that their temperature has already been checked.

“There are monitors within the confines of an office and these are always manned, so we can detect persons that are coming in,” she said further, adding that these are in addition to the public health personnel that are on the floor eyeballing persons.

“They know the signs of illness, so even if the fever is normal, there may be other features to suggest that someone is ill, and we pull those persons out of the line,” she pointed out.

Dr. Dawkins-Wright told JIS News that many persons are resistant to the surveillance effort and that, for some, it is considered to be an inconvenience. She noted, however, that the health workers maintain their vigilance and are tactful in their engagements with travellers.

She said the Ministry has also conducted training of immigration officers to look out for signs of illness, so after interacting with the passenger, the officer has the option of referring the person to the health desk as a precautionary measure.

The EDMSS Director told JIS News that countries with weaker health systems may have a greater rate of spread, so persons from those countries are flagged earlier.

She said the team monitors the rate of infection in those countries, “so if a flight comes in from that country or if a person has a flight history to that country, we also pull those persons and subject them to a high intensity of health assessment to allow us to gauge the risk of those persons”.

Dr. Dawkins-Wright explained that if there is no reason to have the person quarantined once they enter the country, a health alert card is issued and persons asked to call the number listed if they have concerns.