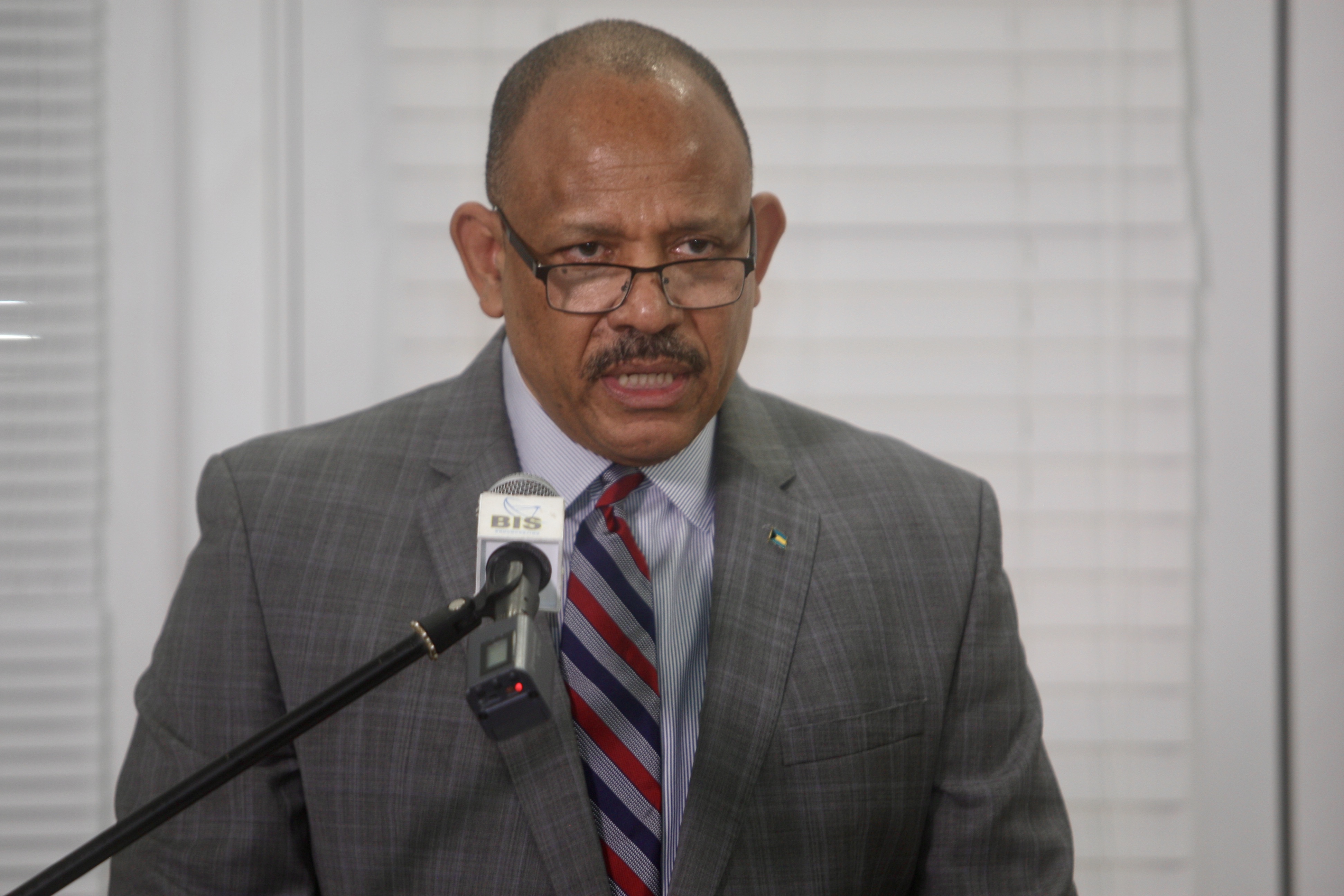 “The first four previously announced cases are in New Providence. The fifth case is in Grand Bahama and had no significant travel history,” Dr. Sands explained during a press conference at his office, Thursday, March 26, 2020.

“The most recently four confirmed cases are in New Providence. Only one has recent travel history. That case travelled to the Dominican Republic on 13th March.”

He noted that all of the most recently confirmed four cases are in home isolation and are being closely monitored by healthcare professionals. They do not require hospitalization at this time. The first case has been discharged from hospital.

Dr. Sands said health officials continue to follow the condition of the three other COVID-19-positive cases in New Providence and the case in Grand Bahama, who all remain in isolation at home and do not require hospitalization at this time. They are in stable condition.

He added that contact-tracing is aggressively underway by the Ministry of Health Surveillance Unit in New Providence and Grand Bahama.

“The Surveillance Unit has already contacted the large majority of those who were in contact with the initial case.

“The Ministry of Health Surveillance Unit will use an advanced approach to increase the number of contacts reached in the shortest possible time.

“We continue to closely monitor patients in their home quarantine environment.”

The Health Minister said contact tracing teams will be strengthened to support daily (or twice daily) temperature monitoring and change in medical status that might require additional assessment by a senior physician.

He thanked volunteer senior physicians for their service during this very critical time.

Dr. Sands explained that at this time, 175 people have been tested in The Bahamas for COVID-19 following agreed international protocols.

To date, he said there are 2,300 testing kits on the island and

60 ventilators and more are on the way to increase the current capacity.

“Thousands of PPE kits have been ordered to boost the supplies that we already have in stock. Three thousand are expected on the ground on Monday and an additional 4,000 will be here by the end of next week.”